Another wild night at the pool for Glen Lim. 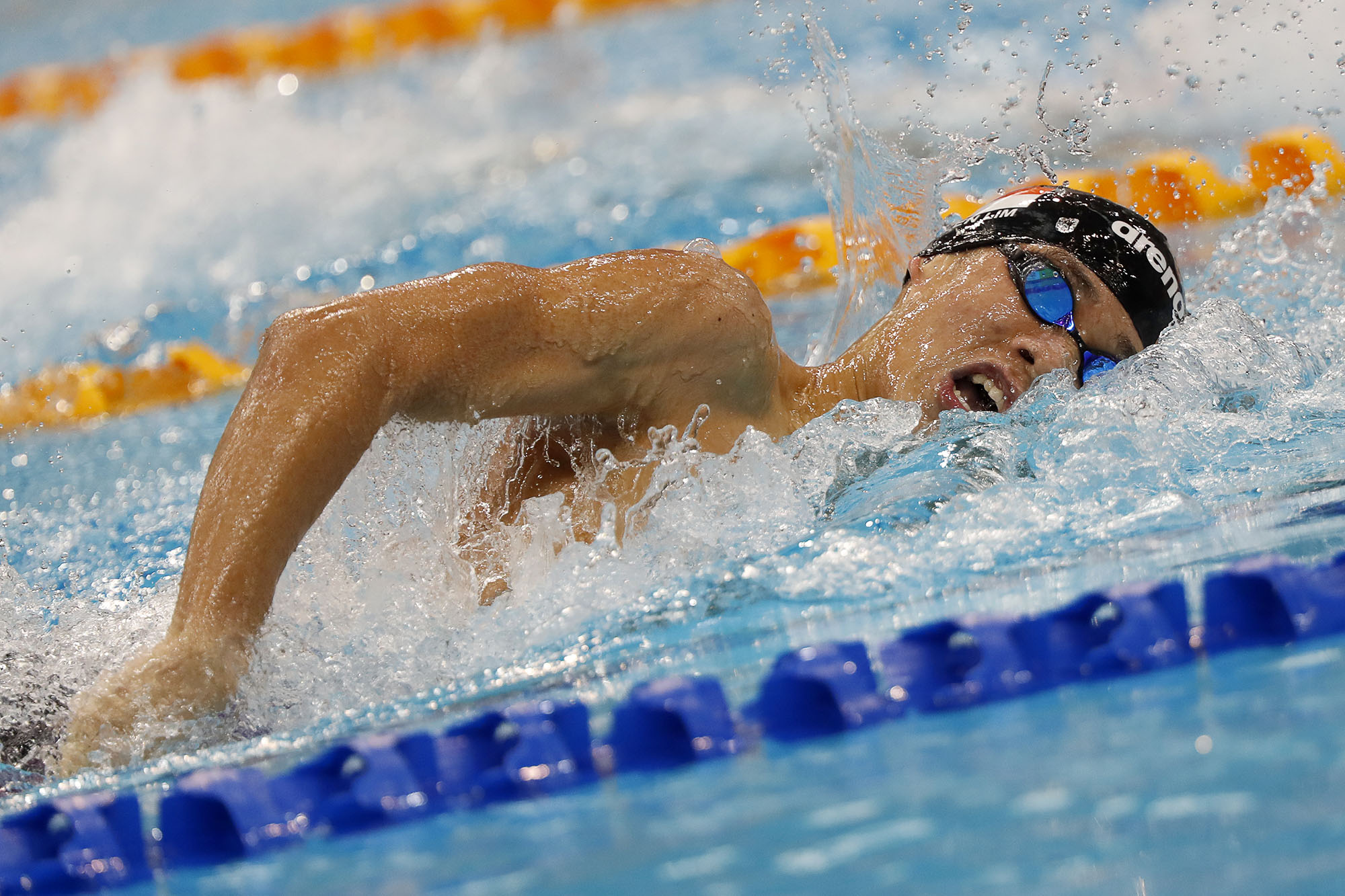 It was another record-setting night for Glen Lim at the Liberty Insurance 50th Singapore National Age Group Swimming Championships (SNAG) at the OCBC Aquatic Centre on Saturday evening.

The 16-year-old from AquaTech Swimming (ATS), who turns 17 next week, bagged his third U-17 National Record of the meet when he clocked 1:49.74s in the Men’s 200m Freestyle Super Final to finish third.

It was a clean sweep for ATS in the event, with Darren Chua and Jonathan Tan taking first and second with times of 1:48.63s and 1.48.70s respectively.

“I am very happy with my swims thus far and very happy to have set three records. I was not expecting it and it totally surpassed my expectations. It’s always great to break my own records, to keep pushing myself and see what I can achieve”, said the Raffles Institution student.

“I knew Glen was able to hit 1min 50s and he achieved it this morning, so for him to hit 1min 49s tonight, it is really a job well done and a great achievement”, added Marcus Cheah, Glen’s coach and National Training Centre Assistant Coach.

In the Men’s 50m Butterfly, Joseph Schooling of Chinese Swimming Club (CSC) sprinted his way to victory over Teong Tzen Wei of ATS, touching the wall first in a time of 23.48s. Teong followed in second place in 23.74s, and Mikkel Lee of Swimfast Aquatic Club (SAC) was third in 24.41s.

The Olympic Champion had a much better swim today than yesterday in the 100m Butterfly, which he acknowledged after the race.

“I think today was a lot better than yesterday for sure, I’m definitely going in the right direction. I tried a different suit today, it felt a lot better, we are still fine tuning the smaller things but it gives me and my coaches some direction to hop into practice with but yes, today I was a lot happier with my swim”, said the 24-year-old.

Also meeting the SEA Games ‘A’ cut were Quah Ting Wen of SAC and Jamie Koo of Aquatic Perfomance Swim Club (APSC) when they finished first and second in the Women’s 50m Butterfly Super Final.

Christie then ended her night with an individual gold in the Women’s 200m Breaststroke, setting a new personal best in a time of 2:32.90s. Indonesia’s Vanessae Anandia Trecial finished second and Sarah Bernard of SAC rounded up the top three.

In the morning heats, 18-year-old Maximillian Ang of APSC swam his way to a new National Record in the Men’s 200m Breaststroke. The Singapore Sports School student touched the wall in a time of 2:15.11s in his heat, bettering the time of 2:15.24s set by Lionel Khoo at the TYR Pro Swim Series in March last year. He then finished second in the Super Final in the evening, behind Japanese Kohei Honda (2:14.21s) and ahead of Selangor’s Ng Jing Fu (2:17.91s) with a time of 2:15.96s.