Young Lions still in with a chance of making it. 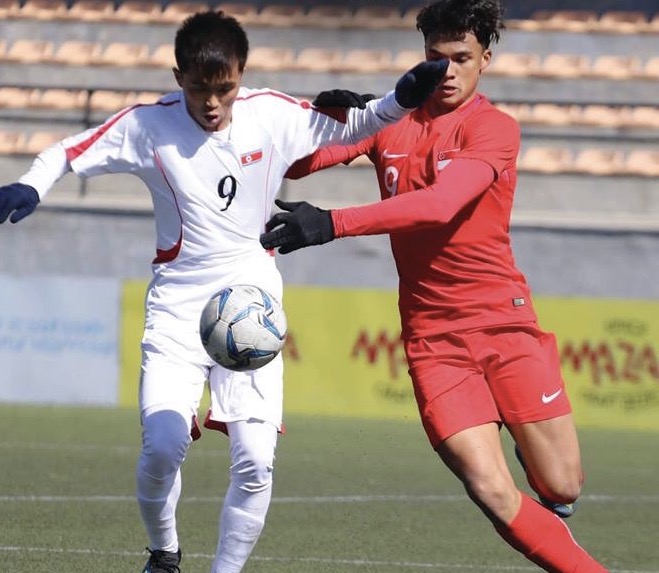 Singapore failed to hold on to an early lead as they were held 1-1 by DPR Korea in the Asian Football Confederation (AFC) Under-23 Championship qualifiers on Sunday afternoon.

Hong Kong picked up a win against Mongolia in the other group match which means that both North Korea and Hong Kong now occupy the top two spots in the table with four points each.

The Young Lions were fired up to get their first victory and got off to a superb start at the MFF Stadium with Ikhsan Fandi finding the back of the net in the first minute.

But the advantage lasted just six minutes as the Koreans, who had won their opening game 1-0 against Mongolia, equalised in the seventh minute.

Speaking after the game, head coach Fandi Ahmad said: “We are happy with the result as we were playing against a very strong team that was very well organised and had a strong attack. We scored early, but they replied fast.

“In the second half, we tried to soak and counter. I thought our discipline was good and the boys gave their all. We are going to fight in the last game.”

Only the eleven group winners and the four best runners-up qualify for the final tournament to be held in Thailand in 2020.