From JSSL to Tampines Rovers. 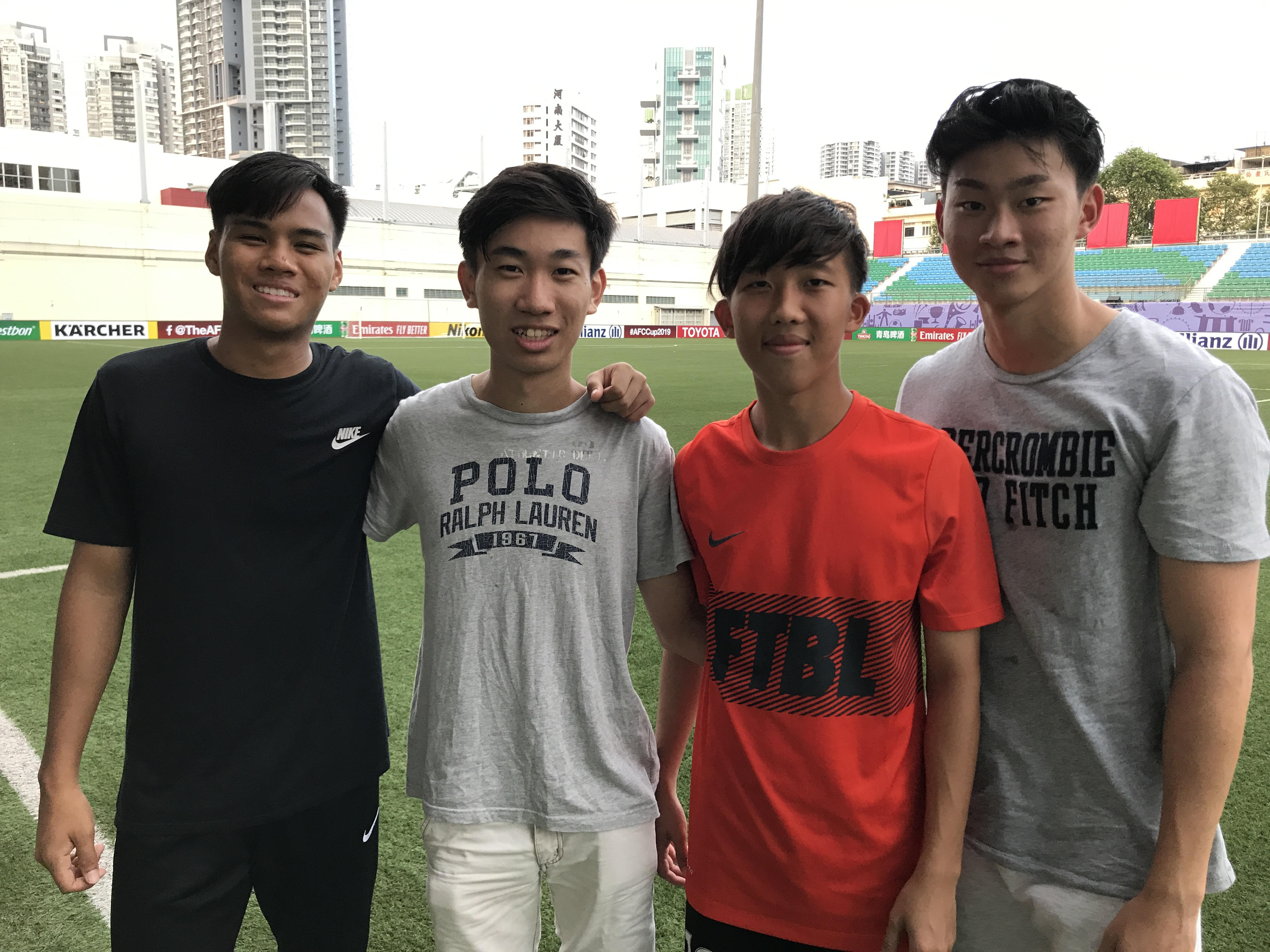 The quartet also have another facet of their lives in common – all of them started their early football journeys at JSSL, a privately run football youth academy which has more than 1,200 participants.

Said Temasek Polytechnic student Akmal, who started the Stags’ opening tie against Home United on 8 March, “It was nerve wrecking. But I am grateful for the faith and the opportunity the coach placed in me.”

The Stags emerged as 5-1 winners in that match, with Chew on the bench.

Chew reflected on the victory, and said it was a wonderful night to remember especially as it was the start of the season.

“It was simple and beautiful, and yet very amazing,” said the Republic Polytechnic student.

Zakri, yet another JSSL recruit who is now with Tampines Rovers felt that the early traveling with JSSL aided with their development as young players.

“The travelling helped us to gain a lot of exposure and make new friends, and we saw how other teams around the world were getting involved with youth football,” said the defender.

Elijah thinks the competitions which they participated in as young footballers also helped them in their early development.

“When we challenge other teams competitively, and when we aim to win, we build a winning mentality. It also helps us deal with defeats and it makes us stronger as players,” said Lim who transferred from the National Football Academy to Tampines Rovers U-19s.

Despite being the young guns in a team which is made of stars like Daniel Bennett, Khairul Amri and Shahdan Sulaiman among others, they are relishing the opportunity to learn and grow as players with support from the senior players.

“The senior players like Daniel Bennett are always guiding us, which makes it a good experience,” said Akmal.

The tie-up also provided a pathway into professional football for players in JSSL.