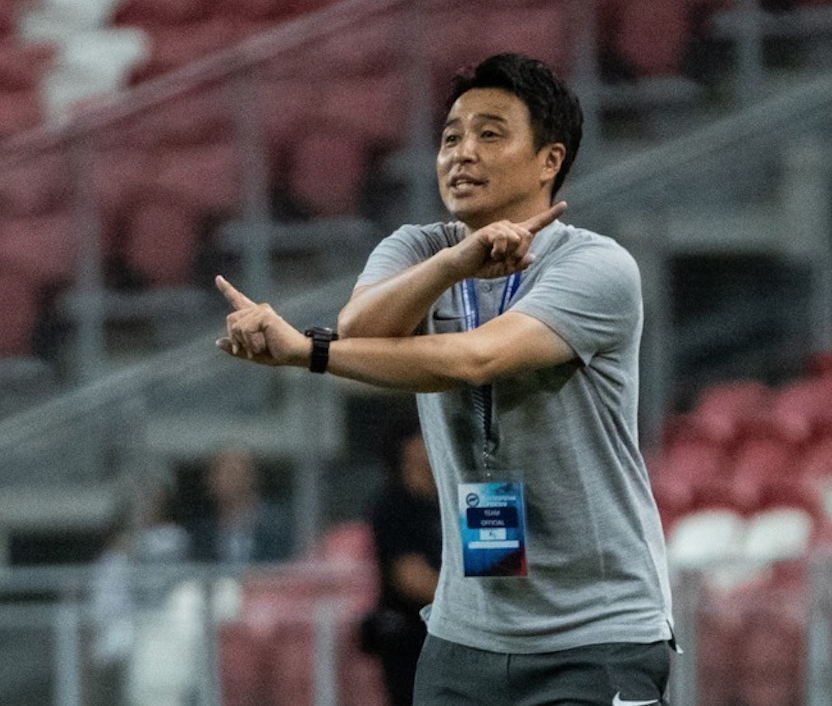 After experiencing victory in his first match in charge against the Solomon Islands, Singapore’s newly minted national coach Tatsuma Yoshida was snapped back into reality on 11 June as his Lions left the National Stadium with a 1-2 loss against visitors Myanmar.

The jury is still out on whether communication between coach and players is an issue, and even though Yoshida was seen at the touchlines, it is not clear what he yells from the sidelines and if the players comprehend what he is saying.

In comments to the media after the match, the former Jurong FC player said, “Sometimes they cannot, sometimes can. It’s not a problem. If they cannot understand our concept on the pitch, if they are scared, it’s a problem.”

Myanmar went for first blood in the match and scored through Thai-based striker Kyaw Ko Ko in the 5th minute.

The Lions responded through Gabriel Quak in the 25th minute but fell behind to Ko Ko’s 67th minute winner.

Unlike in the match against the islanders four days ago, the Lions could not find a way past the resolute Myanmar defence, with substitute Khairul Amri’s late header flying wide off the post.