Shock as Soh Rui Yong is left out of SEA Games squad. 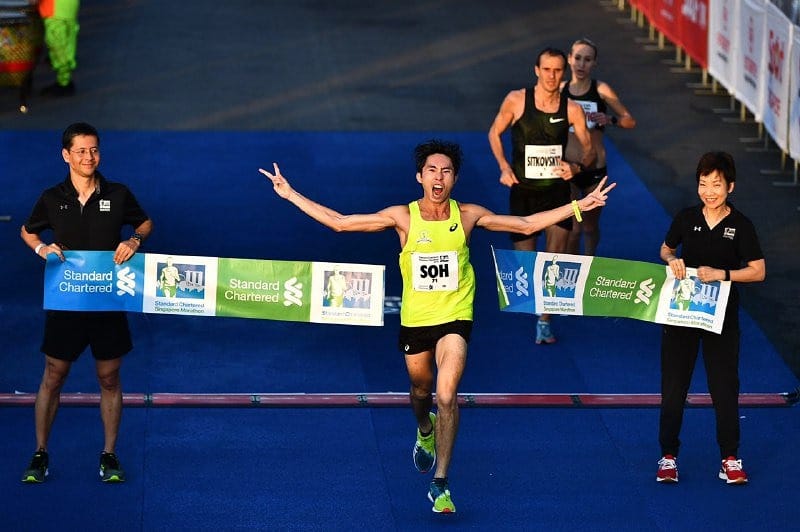 585 athletes have made the Team Singapore squad for the 2019 Southeast Asian Games in Manila later this year. But it the athlete who was left out who has made the headlines.

The Singapore National Olympic Council (SNOC) has not allowed two-time and defending marathon champion Soh Rui Yong to make it a hattrick of gold medals in Manila.

In a report published in the Straits Times, the SNOC said, “In the case of the nomination put forward by Singapore Athletics (SA) for Soh Rui Yong’s participation at the 2019 SEA Games, the selection committee has decided to reject SA’s nomination.

“Since the 2017 SEA Games, there have been numerous instances where Soh has displayed conduct that falls short of the standards of attitude and behaviour that the SNOC expects of and holds its athletes to, considering that they are held up and seen as representatives of the country and as examples to our sporting youth.

“As such, the SNOC has decided to reject SA’s nomination for his national representation at the 2019 SEA Games.”

It is a well-known fact that both Soh and the SNOC have not had the best of relationships over the last two years.

In a Facebook post after the announcement, the athlete said, “I’m disappointed that SNOC president Tan Chuan-Jin and his team have chosen to behave in such a petty manner.

“This is akin to primary school playground politics where kids go, ‘I don’t friend you already!’ just because you say something they don’t like.

“I consider winning medals for my country at SEA Games to be a national service. Since I no longer am bound to this duty, I look forward to exploring my potential at other marathons I’ve always wanted to race at, such as the Boston Marathon.

“I wish all my athletics team-mates all the best of luck in Manila and will be rooting for them always.”