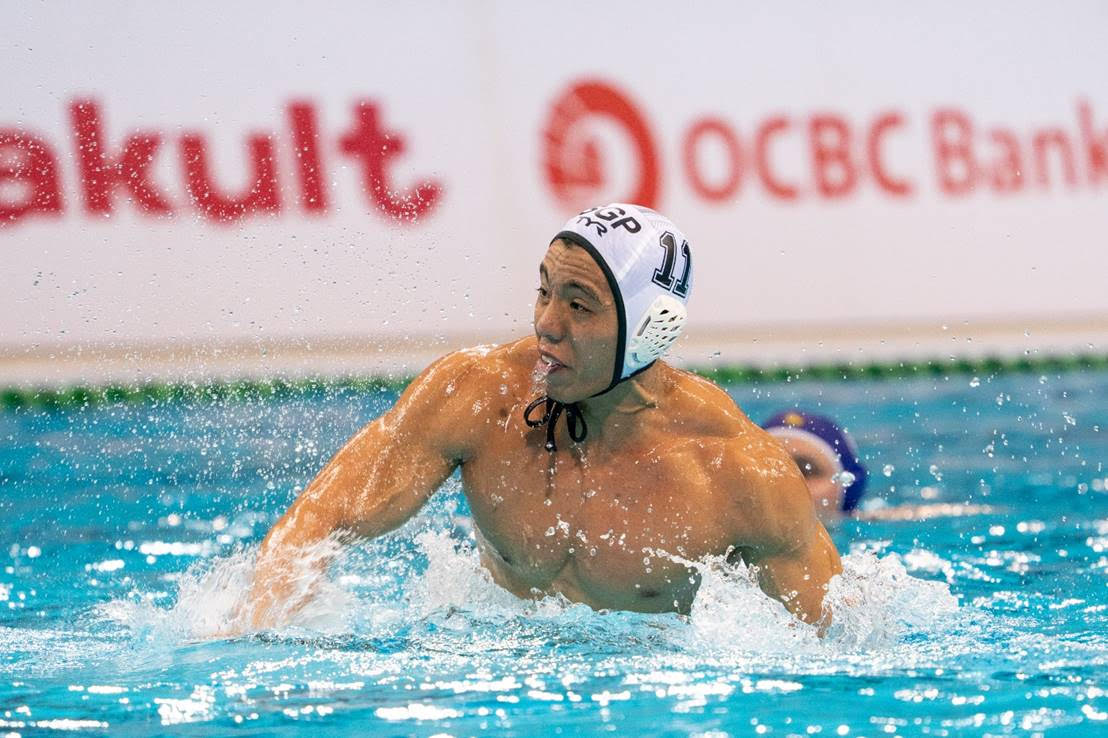 Singapore got their FINA Water Polo Challengers Cup Singapore 2019 Presented by TYR competition under way with a convincing 26-5 win over Zimbabwe in Group A on Tuesday evening at the OCBC Aquatic Centre.

Bouyed by the home crowd, Singapore raced to a 4-0 lead after the first quarter, and ended 10-3 in the lead at half-time. They extended their lead to 15-4 after the end of the third quarter, and finished off strongly in the last quarter as the Zimbabweans started to tire with 11 goals to notch the victory.

Singapore’s Lee Cheng Kang led the way with 7 goals, earning himself the Player of the Game award in the process.

Despite the win, Singapore head coach Dejan Milakovic felt that his charges have to do better in the remaining fixtures, beginning with the Causeway Derby against Malaysia tomorrow.

“The positive thing about today is that we scored a lot of goals and we won easily. We have to do much better by being more focused and to concentrate from the beginning of the game. We made too many mistakes in defence and especially in attack, and we suffered a few times without any reason, so we have to prepare ourselves better for the rest of the games”, said the Serbian.

Team captain Koh Jian Ying, 28, echoed his coach’s thoughts. “I am happy that we won, and even though I thought we played okay today, there is definitely room for improvement in terms of our finishing and our communication.”

The earlier Group A fixture saw Ireland beat Philippines 12-8, with Stiofan McMahon scoring a hat-trick to lead the Irish to victory.

There were two big scorelines in Group B, as Singapore’s closest challengers to their SEA Games crown, Indonesia, racked up a 23-10 win over India, while Austria, the top-ranked team coming into this competition, trounced a young Chinese Taipei side 32-5, with Albert Schmidt contributing to 10 of his side’s 32 goals.

Wednesday’s matches will see Chinese Taipei take on Indonesia at 3pm, followed by the clash between Zimbabwe and Philippines at 4.30pm. Hong Kong, which had a bye today, will take on Austria at 6pm and in the final game of the day, it will be the Causeway Derby between Singapore and Malaysia at 7.30pm.

Tickets are priced at $40 for a season pass (Tuesday to Sunday), $10 for the group stage, $15 for the finals on Sunday, and $20 for a weekend package (Friday, Saturday and Sunday). The weekend package deal is available till 10th October.

Fans can purchase the tickets at www.sportshub.com.sg/event-detail/574.