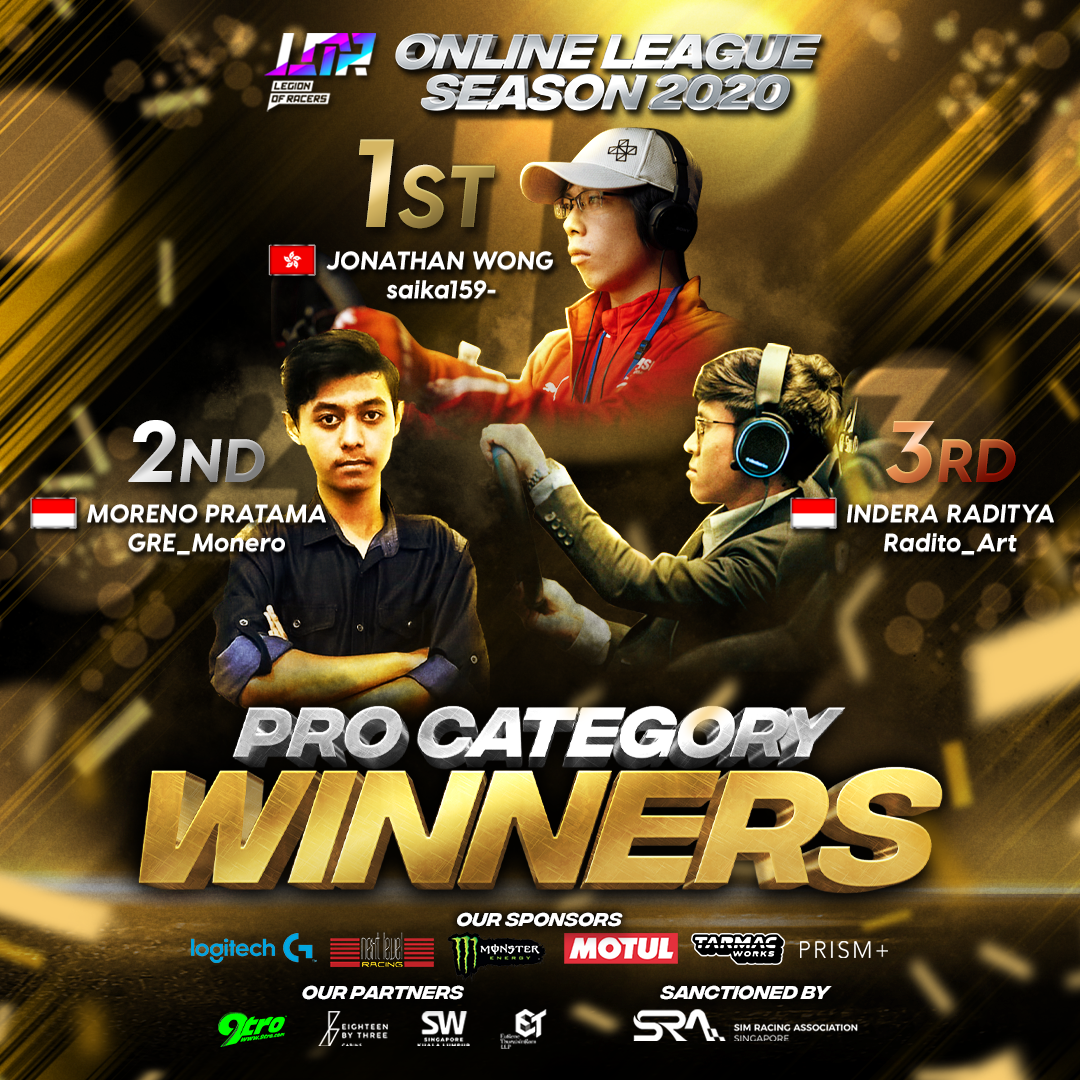 Hongkong’s Jonathan Wong has emerged as the Legion of Racers Online League 2020 champion in the Pro category after dominating the season and winning five of the six races.

In the Am category, Sean Yee took the podium after a nail-biting finish in the last race of the season, and was able to pip Rayzaki Madrova to the title by just three points. Another Singaporean, Yeo Hong Yang finished in third spot.

Both champions will walk away with cash and other product prizes valued at $11,000, which include a Prism+ X340 Pro Monitor, Motul Rudy Project Sunglasses and others

Said Wong, who races under the saika159- profile and turned out for Tarmac Works, “This was my first outing at the Legion of Racers Online League and I had a lot of fun being involved with it. It was challenging and my fellow participants pushed me to the limit in every single race. It was organized very well, and I hope to have this event on my race calendar next season as well.”

The LOR also broadcast a livestream for lobby 1 on its Facebook page and managed to garner more than 1000 views. A replay of the lobby can be watched here.

In the eNations Cup, Hong Kong took top honours with its simracers gathering a total of 745 points. Indonesia and Philippines finished in second (719 points) and third spot (680), with Singapore not far behind in fourth spot with 665 points to boot.

Said Melvin Moh, co-founder of Legion of Racers, “First off, a big congratulations to both Jonathan and Sean for winning the Pro and Am category. LOR is happy to see many participants from different countries joining the league this year, from professional simracers to racing drivers and new drivers.”

“The league would not be successful without the support of the participants. At the same time, we would also like to thank all the sponsors and partners who believed in us and who have continued to support us in our journey of growing simracing in Asia. While we are already planning for next year’s online league season, the Legion of Racers will also be making a couple of other exciting announcements very soon.”

75 simracers participated in the LOR Online League Season 2020, the highest number of participants since the competition began in 2018.