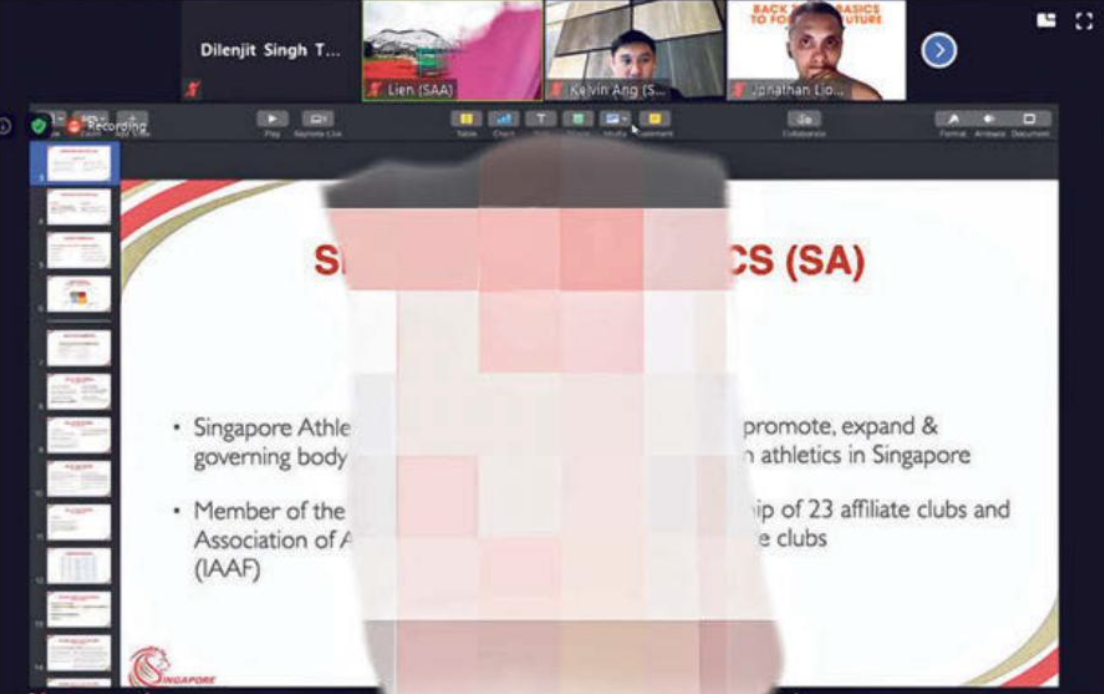 The Singapore Athletics Association (SA) has filed a police report after an attendee who attended a zoom meeting started interrupting the meeting by drawing lewd graffiti on the screen.

The incident took place on Thursday 5 November during SA’s Zoom meeting with athletes, parents and coaches over the selection criteria for the upcoming Southeast Asian Games, as well as to introduce the fraternity to the new management team of the track and field body.

On 6 November, SA posted on its website that it had filed a police report.

It said that the “the unauthorised interruption caused a five-minute disruption to the session hosted by new SA president Lien Choong Luen and his management team.”

Said SA president Lien: “We take this disruption seriously as it affected a session involving our athletics community.

“A big part of our mission is to be more inclusive and consultative, including sessions such as this. We hope to have more of such dialogues in the future in an open fashion, hence we have to send a strong message that such disruptive actions will not be taken lightly.

“We are also conducting our own internal investigations to identify the culprit/s. We will be handing over any information we gather to the authorities.”