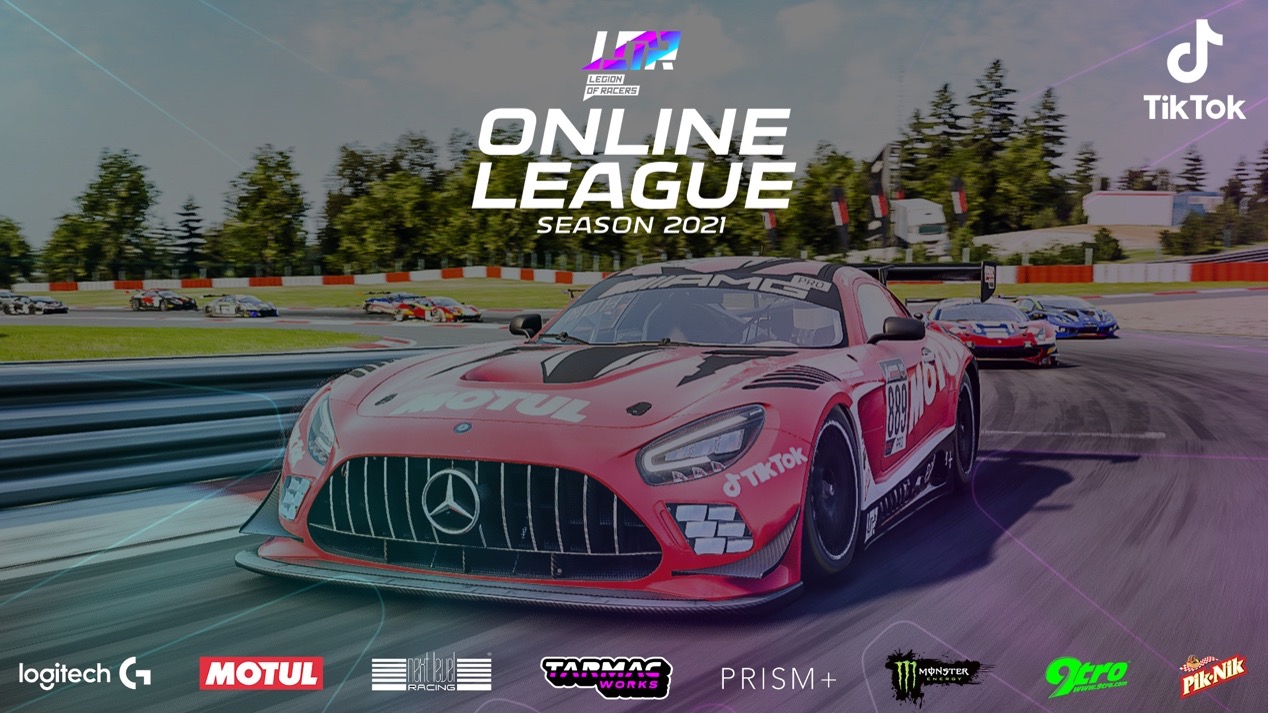 Esports and lifestyle brand Legion of Racers’ annual Online League is back for the third year running with TikTok named as its new Official Broadcast Partner for the series.

The five-round LOR Online League 2021 championship will flag off in July and will last all the way to mid-August, with racing to take place on Assetto Corsa Competizione. The LOR is expecting 40 of the region’s top sim racers to participate in this year’s series, with the bulk of the sim racers hailing from Southeast Asia.

In addition to individual prizes for the top sim racers in the league, the top two drivers from each participating country will also score points towards the Nations Cup category where the best nation in the online league will be crowned.

All prizes will be announced at a later date, with registrations set to begin on 3 June. Sim racers will only need to pay registration fees of $30 to participate, down by 20% from 2020.

Said Melvin Moh, “We are thrilled to have TikTok line up as the Official Broadcast Partner for our LOR Online League 2021. We have been growing the LOR footprint around the region over the last few years, and this partnership with TikTok will help us reach out to a much wider audience in the region.”

Added Doreen Tan, User & Content Operations Manager at TikTok Singapore, “TikTok has grown to be a home for gamers and esports enthusiasts over the years, and we’re excited to collaborate with Legion of Racers to continually engage this vibrant community. Through the LOR Online League, we look forward to bringing more fun and fresh gaming content to gamers across the region that are passionate about sim racing.”

The races will be broadcast and amplified by TikTok to Singapore Malaysia and the Philippines, and the TikTok logo will be placed on all cars in the race. For this year, the competition will see sim racers go through each round which is made up of a 30-minute practice session, 15 minutes Qualifying and a 30-minute Race.

Sim Racers can find out more about the Online League on Legion of Racers Official Website at www.legionofracers.com/onlineleague.