Walking away from jiu-jitsu for now? 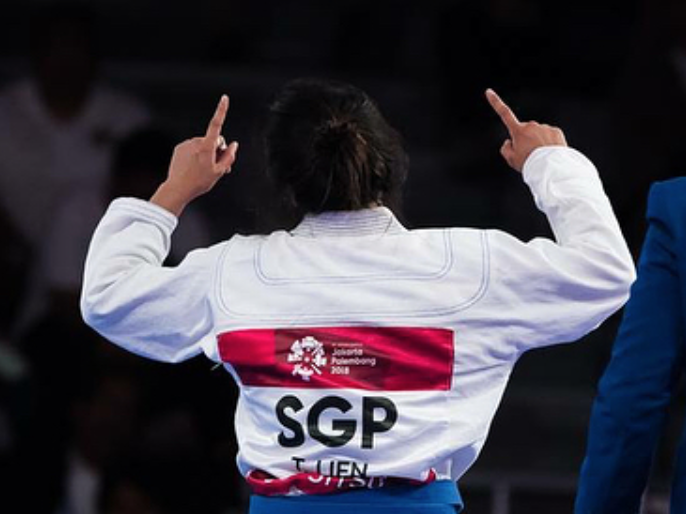 Singapore’s 2018 Asian Games ju-jitsu silver medallist Constance Lien looks to have walked away from the competition canvas for the moment.

In an Instagram post on 20 July, the 22-year old undergraduate said that she “don’t know when I’ll return to you but when I’m ready and the time’s right, I’ll be more than happy to step on your stage again.”

She added that “you taught me so much”, probably referring to the sport which she has pretty much earned her name at over the last few years.

“You opened my eyes to passion and what it can do. You revealed to me my potential as an athlete. You brought me more than just joy. You’ve given me a voice. You’ll always be the sport that showed me anything is possible,” she said.

Lien picked up Singapore’s first even medal in jiu-jitsu at the Asian Games when she won a silver at the 2018 Asian Games in Jakarta in the 62kg ne-waza event.

She followed up on that gold medal by securing a gold at the 2019 Southeast Asian Games in the Philippines.

She was won her category at the 2019 World International Brazilian Jiu-Jitsu Federation Championships in the United States, which made her a world champion.

“Make sure you’re always betting on yourself out there and no one else,” she added in her IG post.

She was also named as a recipient of a Sport Singapore’s Sports Excellence Scholarship in 2020.