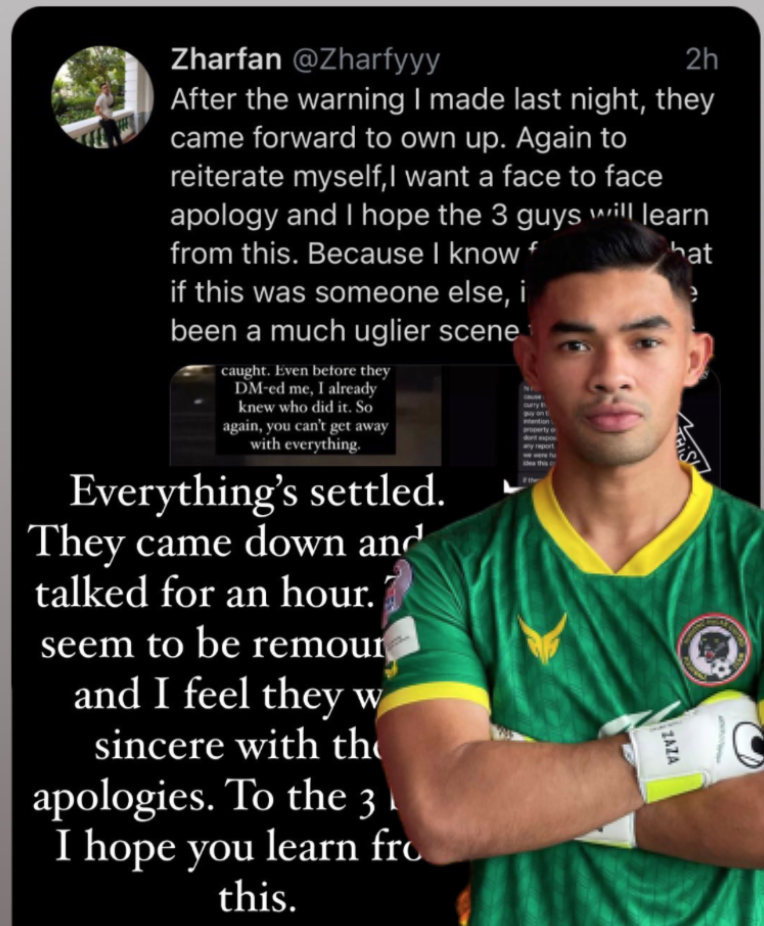 He also posted an image which said that “everything’s settled” and that the perpetrators spoke with him for an hour, and “seem to remourseful”.

The drama began on 27 July when in a series of tweets, the former Young Lions goalkeeper shared how someone had thrown a curry bomb on his car at Sultan Gate.

He subsequently tagged the Singapore Police Force in a follow up tweet, and had said that he knew who the perpetrators were.

While the trio then direct messaged him, he asked for a face to face meeting and an apology, failing which he was not going to let the matter rest.

As the saying goes, all’s well that ends well.