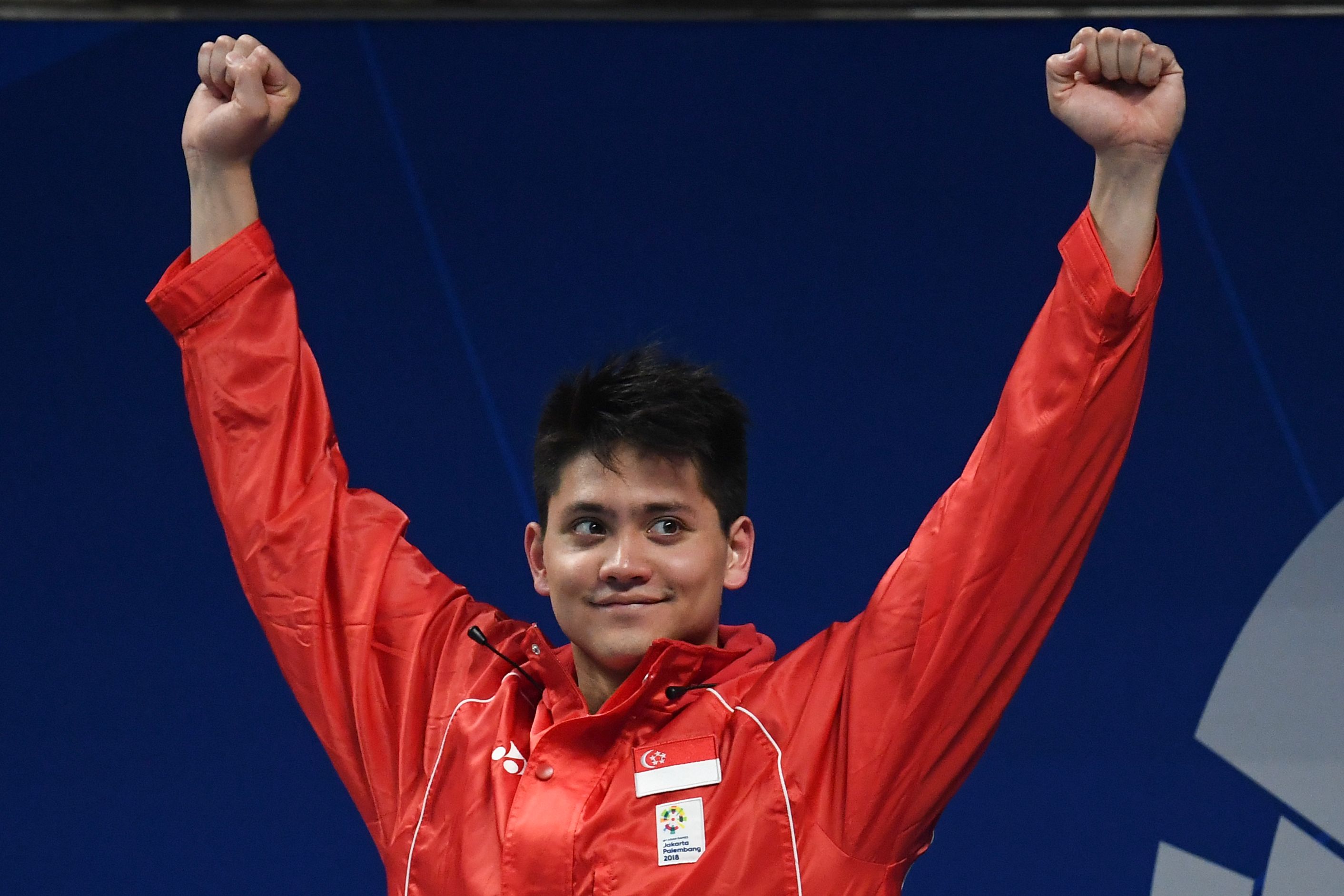 With the Ministry of Defence’s no to an extension of National Service deferment for both him and Quah Zheng Wen, Singapore’s golden boy in swimming could well have swum his last event for Singapore at major events like the Asian and Commonwealth Games and the Olympics Games.

Maybe even at the biennial Southeast Asian Games.

And according to sources close to Singapore’s greatest athlete, 26-year-old Schooling’s swimming career for Singapore is as good as over.

On 16 September, the Ministry of Defence said in a statement to media that both Schooling and Quah, deferred from their NS commitments from 2014 and 2015, will need to serve their NS.

“As their deferment until 31 August 2021 has ended, both Mr Schooling and Mr Quah will proceed to fulfil their NS obligations, as agreed to when they applied for deferment,” said the Ministry fo Defence.

“They will be enlisted once the necessary pre-enlistment procedures have been completed.”

Schooling’s statement to the media, if anything, can already be construed as him almost calling time on his swimming career.

“As a son of Singapore, I am honoured to serve my country,” he said.

“More importantly, now more than ever, my family needs me.

“It is time for me to fulfil my filial duties.”

While Mindef did not agree to the extension of the deferment, it is understood that both national agency Sport Singapore and the Ministry of Culture, Community and Youth (MCCY) were supportive of a deferment for both athletes, as did Singapore Swimming Association.

Schooling had also met with Minister Edwin Tong after his Tokyo Olympics swim, and had indicated that he had wanted to train hard for next year’s Asian Games in Hangzhou to be held in September, and was keen to rise from the ashes of Tokyo.

He had also indicated that it would have been tough for him to train and prepare for the Asian Games in 2022, if he had to enlist prior to the Games, to be held in September.

Schooling is the defending 100m fly champion at the Asian Games, having won the gold at the 2014 and 2018 Asian Games in Korea and Indonesia respectively.

TMSG also understands that when he was told that he would not be allowed to defer his NS further, he was hoping to have gotten enlisted as soon as possible and serve his basic military training over the next three months from October to December since the Southeast Asian Games had been postponed.

But it is not known how long the pre-enlistment process will take, and if he has to enlist after January 2022, there will not be enough time for him to prepare for the Asian Games.

There was a fair chance of making the final of the 100m fly, given that there were only four other Asian swimmers above him at the Olympics, not including Quah.

Another potential complexity for Schooling was whether he would be classified as fit for combat, meaning have a fitness classification of PES A or B.

With a lower classification, Schooling would have found it hard to come under the Singapore Armed Forces Sportsmen Scheme.

Very few people are aware that the swimmer has been nursing a back problem for a few years, and is unlikely to get a combat-fit classification when he enlists.

As it stands, Singapore’s only Olympic gold medallist may have swum his final race for Singapore at the Tokyo Olympics.