Confusion and some very unhappy fans at the Jalan Besar Stadium. 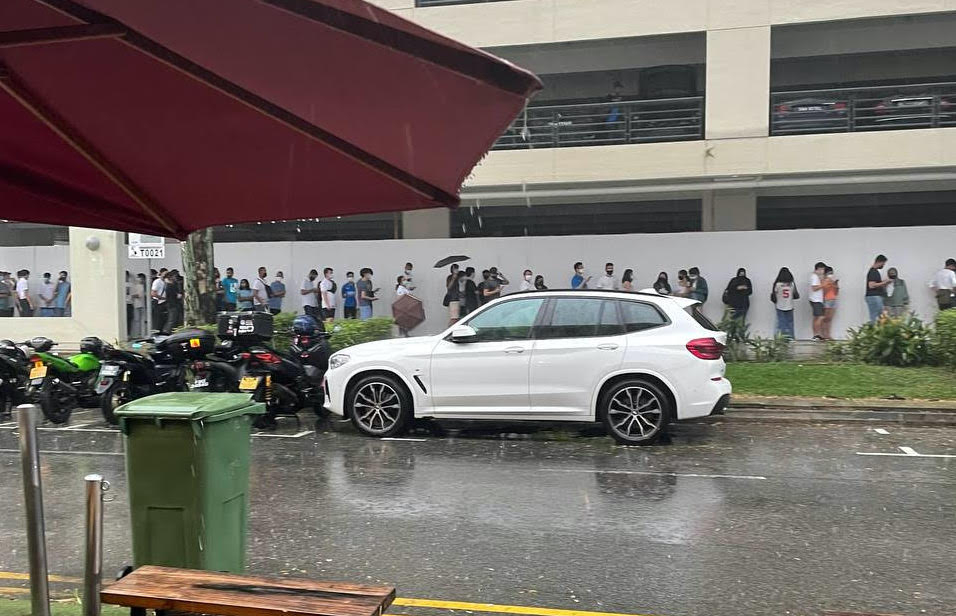 There is confusion and angst at Jalan Besar Stadium as fans are being told that tickets for the title deciding match between Lion City Sailors and Balestier Khalsa are sold out.

Fans, some of whom have been queuing since 12.30pm, are being told that tickets for the match are being sold out.

In The Final Whistle Telegram chatgroup, fans who were on the ground were relaying their experiences from Jalan Besar Stadium.

One Lion City Sailors fan who had purchased a season ticket revealed that it was the second game in a row that he was unable to enter the venue due to the limit on the number of fans allowed entry.

“Got season ticket also no use,” PruneJuice17 lamented.

“What’s the point of saying there are 1000 tickets available if 70% of them are reserved?”

He added that he was at the counter only 10 minutes after the counter opened and he was informed that tickets were sold out.

Another fan felt that fans “deserved to know the truth.”

Another fan added that it was a shambolic state as the club should have said if there were limited tickets available to the public, so that fans would have known whether it was worth the trouble queuing up.

The Lion City Sailors have yet to put out any statement over the matter but an update on the TFW Telegram group indicated that 700 tickets were made available to fans who could make purchases at the stadium on event day.

Question is: Why couldn’t the club have sold tickets on Shopee (cue sarcasm) and have fans collect on match day to prevent unnecessary queuing?

Photos of fans queuing up for tickets had begun to circulate in the early afternoon.

Another commenter on the TFW Telegram chat also had a couple of suggestions for the authorities as well as the club.