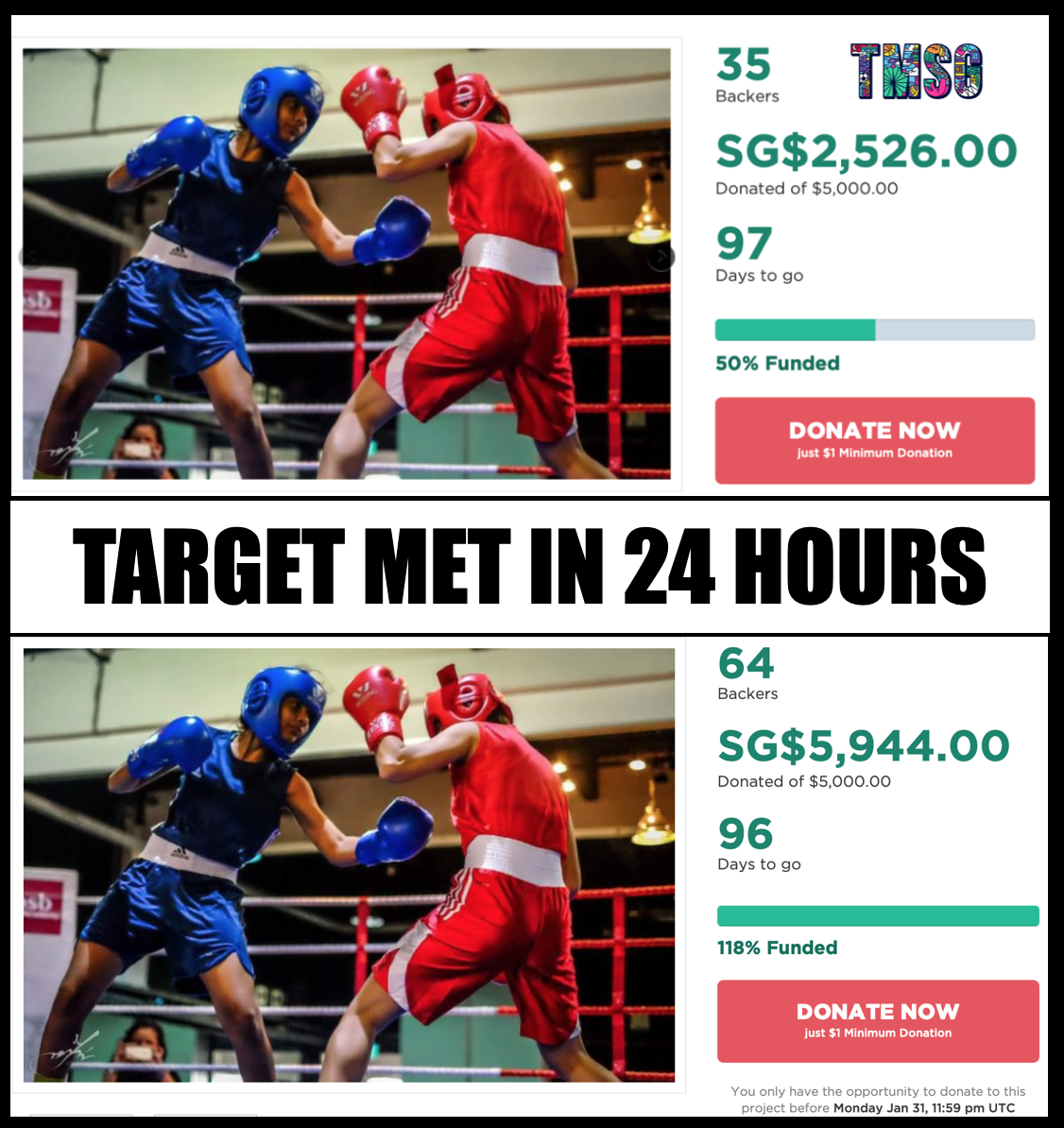 Barely 24 hours after her appeal was posted online on TMSG, Singaporean female boxer Danisha Mathialagan has not only met her fundraising target, but has exceeded it by almost $1000.

The story was also shared by social justice warriors platform Wake Up, Singapore.

When the story was posted on 26 October, the Legends Fight Club boxer had received $2526 in funds.

The boxer, a participant at the 2019 Southeast Asian Games, was aiming to use the funds raised to help in her qualification bid for the Hanoi SEA Games to be held in May 2022.

In her fundraising appeal, the 24-year-old said, “I’m just a local girl trying to make a difference to put Singapore boxing on the radar and pave a better path for the future of boxing in Singapore.”