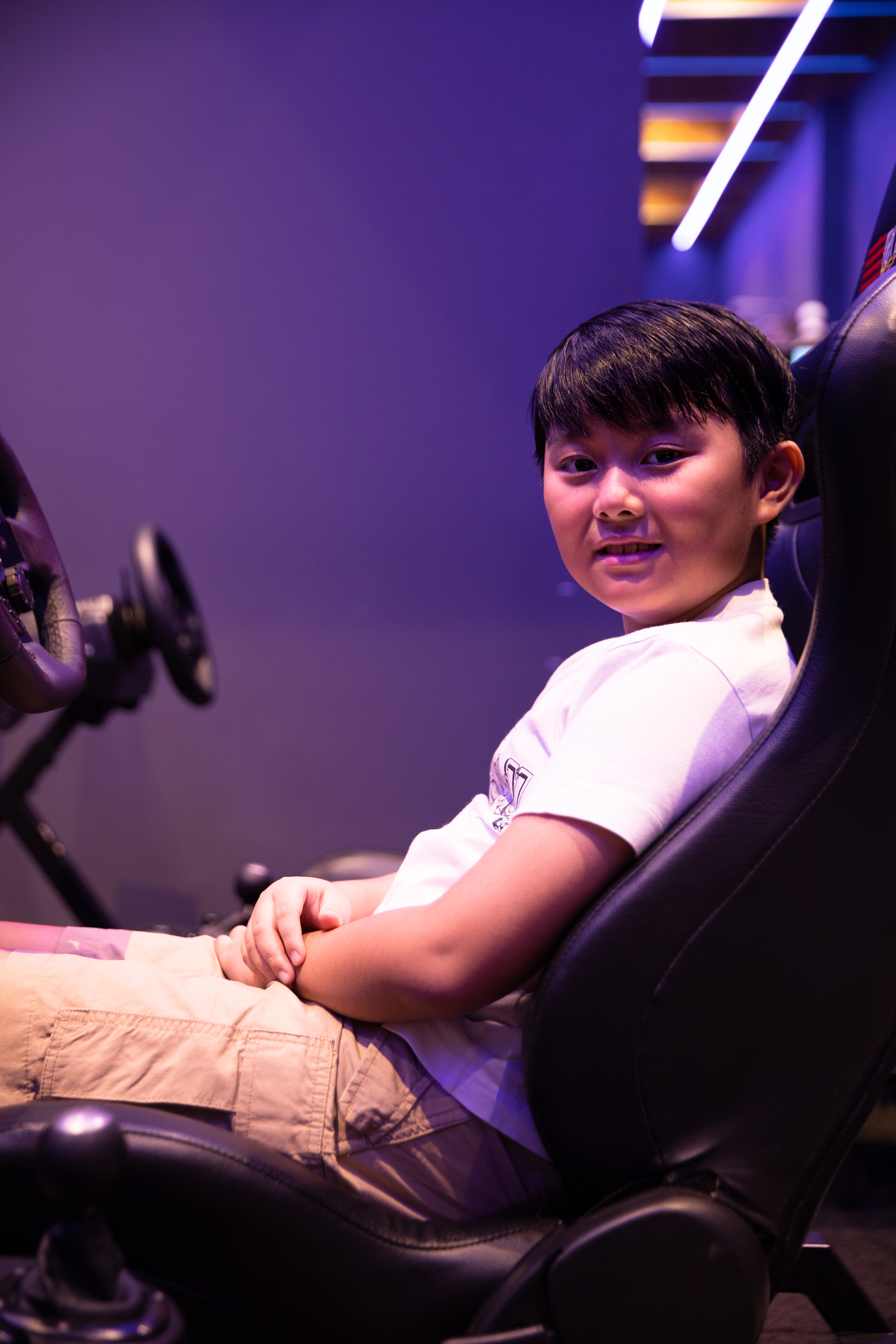 Eight-year old Johannes Goh is the youngest participant to sign up for the OUE E-Cities Championship 2021.

The student is one of more than 50 who will have their names among the qualifiers which will take place on 5, 6 and 7 November.

It is also his inaugural sim racing competition.

“I started playing three months ago and was really interested when I saw the announcement about the ECC.

“My dad sent the news story which appeared in the Straits Times to me and I decided to try it out.”

The Anglo-Chinese School Barker Road student is not new to racing simulators.

Prior to taking up sim racing, he was occupying his time by playing with flight simulators.

“At first I started in planes, but noticed that flying is not what I would do consistently and then decided to try sim racing,” he said.

“I have played Forza quite often, and played Assetto Corsa once even a few days ago.”

He added that he enjoyed the feel of the Orchard Road Street Circuit, which was digitally twinned by organisers Legion of Racers.

“The circuit is good for a game and the surroundings looked quite familiar.

“I have been to Orchard Road a few times,” he jokingly said.

For now, he is clocking about 1 minute 28 seconds on the Orchard Road Street Circuit and he hopes he will be able to take him timing down with added practice.

The organisers have added that more than 500 sim racers have downloaded the track and more than 50 have already signed up for the championship.

Sim racers have till 31 October to sign up for the inaugural OUE E-Cities Championship 2021.