Singapore’s 2010 Youth Olympic Games boxing coach and manager T Balasundram only has “a few more months to weeks” to live, his daughter reveals. 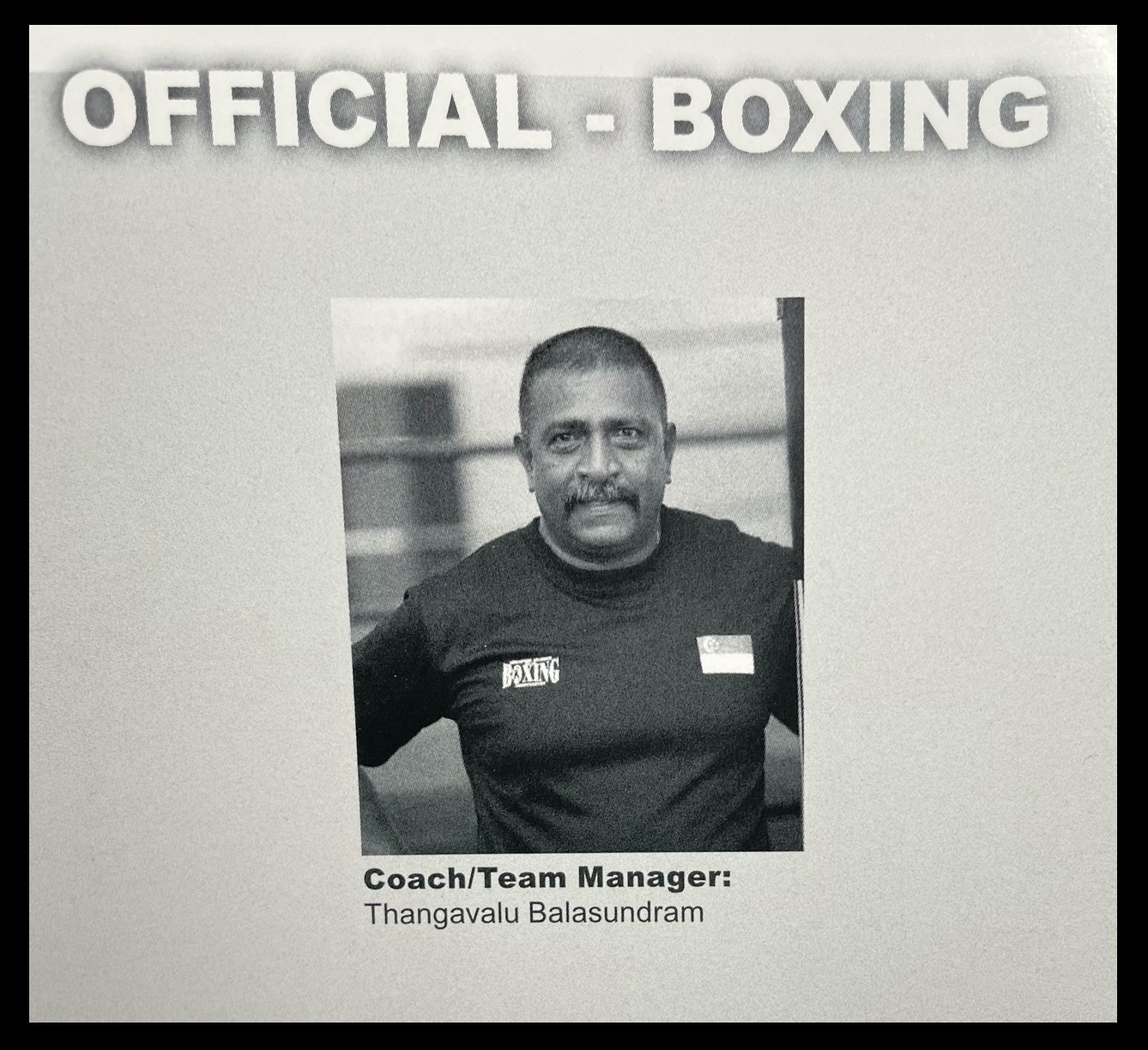 One of Singapore’s most renowned boxing coaches T Balasundram only has a few more weeks or months to live, his daughter Durga Devi has revealed.

Balasundram is a boxing icon who has served in various capacities in the sport in Singapore and is known to many in the fraternity simply as “Coach”.

“Based on doctors advice, Appa has only got a few months to weeks being with us,” his daughter revealed in a Facebook post.

“Doctors has advised us to take each visit as a Goodbye cause that’s how the cancer works in the brains.”

She also posted a photo of Balasundram in a commando uniform with his red beret.

Balasundram had been hospitalised in the National University Hospital of late, but has now been moved to a hospice.

In 2010, when Singapore hosted the inaugural Youth Olympic Games, he was the country’s coach and manager for the sport of boxing.

He has also served as an appointment holder in the Singapore Amateur Boxing Association.

TMSG had written about his condition a few days ago, and had revealed that he had been diagnosed with a brain tumour.

A regular feature at the Farrer Park Boxing Gymnasium, Balasundram had also been featured in a short film in 2019 by director and entrepreneur Ray Pang simply called PS Farrer Park.

Pang had shared the TMSG story with a short message for Balasundram.