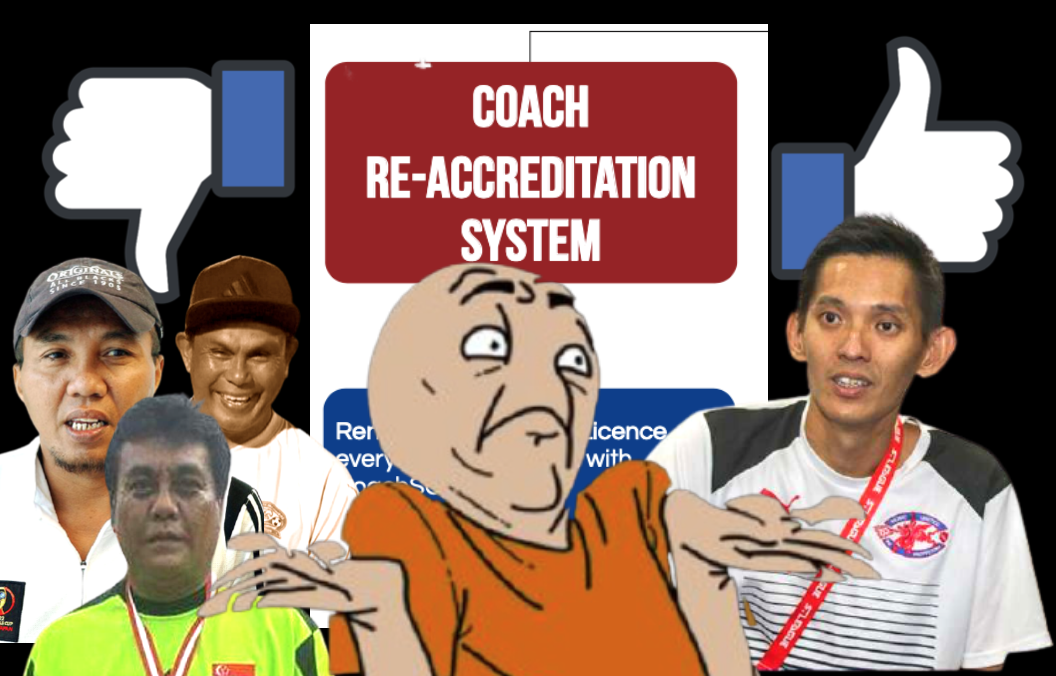 Yet another former international footballer has stepped into the current debate involving the re-accreditation of football coaches announced on 19 November.

In a Facebook post, former international goalkeeper Shahri Rahim said that “football is being played on the field. Not on papers.”

He did not make any reference to anyone but it comes just days after former internationals Tohari Paijan and Yakob Hashim lashed out at interim technical director Philippe Aw over the announcement of the re-accrediting of football coaches in Singapore after three years.

Shahri went on to say “learnt how to kick or catch first, then we start telling & teach others what/how to do!!!”

“What happened now are, there are too many smart Alex.

“Hence, it became like the amateurs teaching/telling the pros what to do.”

His final line also appeared to refer to the appointment of Parliamentary Secretary for Culture, Community and Youth and Social and Family Development Eric Chua as Chairman of the Unleash The Roar committee.

Chua is a first term Member of Parliament for Tanjong Pagar GRC, and has been tasked to lead the UTR project eight months after the announcement was made in Parliament by Edwin Tong, the Minister for Culture, Community and Youth.

“If that happened, disaster!!! We can expect failure.”

Another football activist James Lim also wondered in a Facebook comment whether UTR is a form of government third party interference in the administration of football.

We can hardly wait for the next UTR announcement.