6 reasons why Singapore should make the knockout stages of the Suzuki Cup. 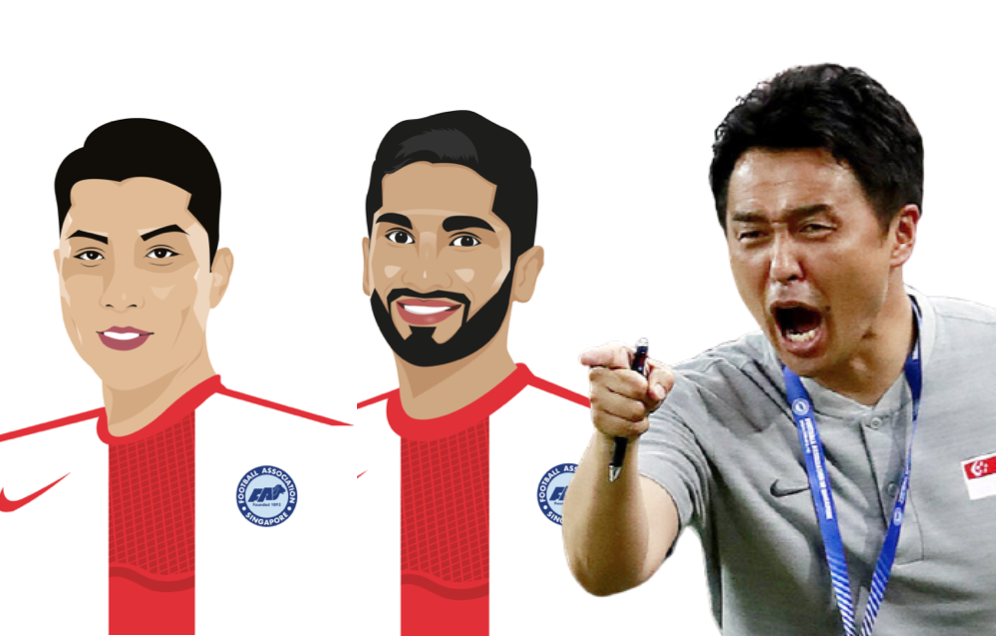 In five days time on 5 December, the Lions will head out to do battle at the biennial Suzuki Cup, which Singapore is hosting.

It is the first time since 1996, the year the competition was born, that Singapore is playing hosts for the entire competition.

After 1998 (Vietnam) and 2000 (Thailand), the competition has been co-hosted between participating nations.

The last few editions, however, have been heartbreak and more heartache for the Singaporean football fan.

Since winning the title in 2012 under Radojko Avramovic, the Lions have failed to get into the knockout stages in consecutive tournaments in 2014, 2016 and 2018.

The competition, supposed to be held in 2020, was postponed due to the Covid-19 pandemic and with the ASEAN Football Federation not keen on canning the 2020 edition, the Lions have a chance to write a new chapter of their history books.

We offer six reasons why the Singapore should at least get into the semi-final of the 2020 AFF Suzuki Cup.

Tatsuma Yoshida was hired in June 2019 and was given the role as Singapore’s national coach even though he had no experience in leading a national team prior.

He has had two and a half years with the Lions before leading them to the upcoming Suzuki Cup.

Prior to this competition, he had led the team to the World Cup qualifiers and has been able to select his best squad.

He needs to prove his doubters wrong and do what the three of his predecessors have failed to do – take the Lions into the knockout stages.

When Radojko Avramovic was hired in July 2003, he had 14 months to prepare before leading the Lions out to Vietnam for the 2004 Tiger Cup.

Bernd Stange (photo below) was hired in May 2013 and had about 18 months before leading the Lions to the 2014 Suzuki Cup while V Sundram Moorthy was appointed in May 2016 and had less than six months to prepare for the 2016 edition of the tournament.

Two years later, Fandi Ahmad was hired as interim national coach in May 2018 and had about six months to prepare for the biennial tournament.

Yoshida has had the most time as national coach leading up to the regional tournament.

SENIORS SHOULD MAKE THE DIFFERENCE

There is a substantial number of senior players in the side including the likes of Hariss Harun, Shahdan Sulaiman, Izwan Mahbud, Hassan Sunny, Shakir Hamzah, Gabriel Quak and Safuwan Baharudin.

These players have been part of the squad since Bernd Stange was coach, with a few even going back to the days when Avramovic was head honcho.

Experience should count for something.

The Lions have a new foreign talent in their engine room in the form of Song Uiyoung.

He has been in Singapore since he was 19 and he must know by now of the pressure which comes with the Suzuki Cup territory.

He has a point to prove and needs to show his value as a newly inducted foreign sports talent.

As of now, he seems rather ordinary in a Lions jersey, given it is still early days.

The Lions are lucky enough to be playing at the National Stadium.

Due to the pandemic, the organisers of the tournament chose to have all matches in one venue, with Singapore winning the vote to host the tournament.

The Lions have home ground advantage.

They should make it count even without the SingaBrigade backing them with drumbeats and chants.

THE EASIER OF THE TWO GROUPS

In Group A, Singapore have escaped the likes of Indonesia, Malaysia and defending champions Vietnam in the group stages.

The Lions are in the easier of the two groups.

Let’s not be in denial about this and failure to get into the semi-final would be nothing short of a disaster.