Qatar shows off two 2022 World Cup stadiums on the opening day of the FIFA Arab Cup. 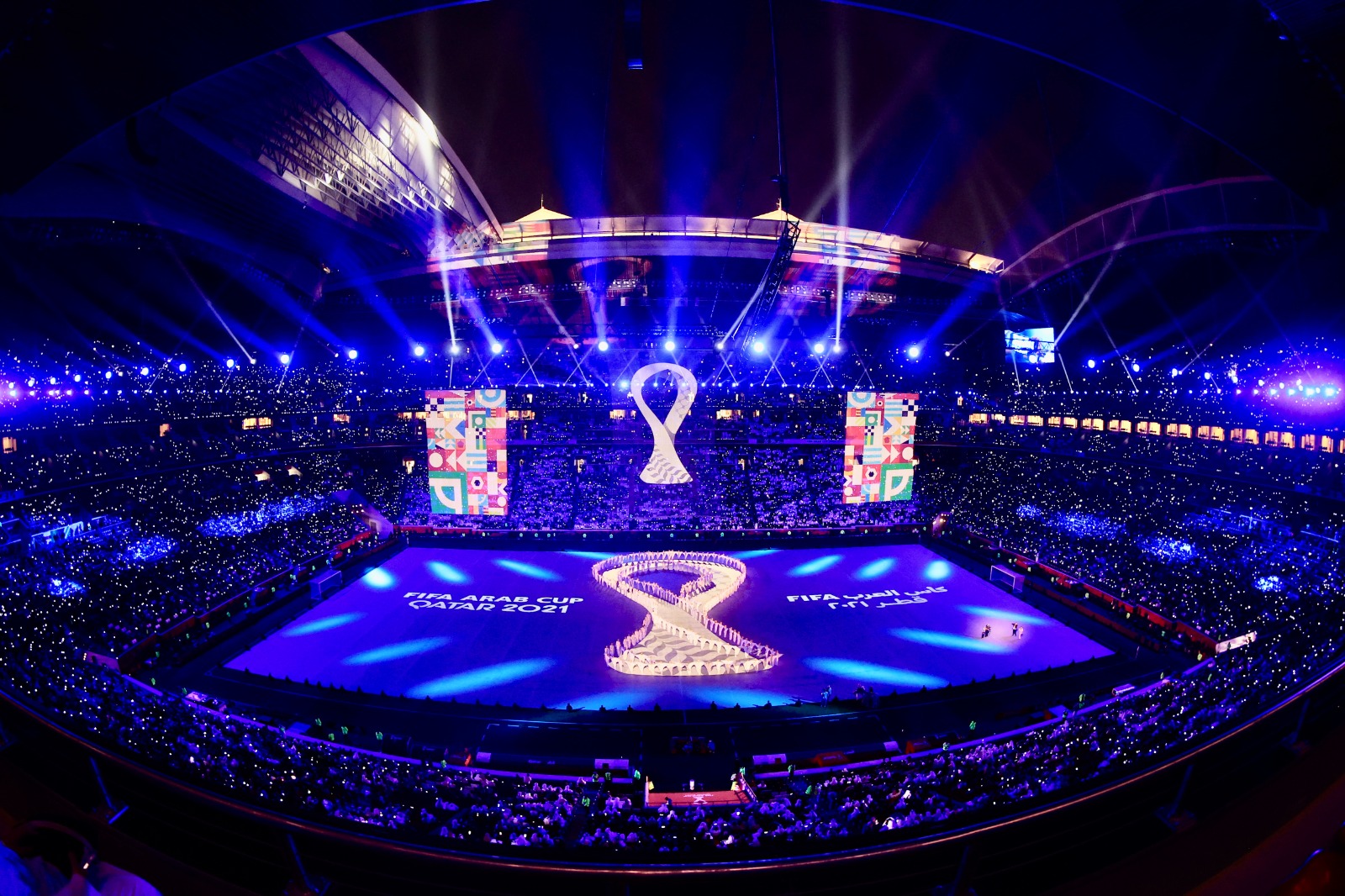 The stunning Al Bayt Stadium which will host the first match of next year’s FIFA World Cup was unveiled by Qatar on the opening day of the FIFA Arab Cup, a tournament beng held in Doha which will feature 16 teams from the Gulf.

The tournament began on 30 November and will end on 18 December and is a warm up to Qatar’s hosting of the World Cup in exactly a year’s time.

Al Bayt – a 60,000 capacity venue designed to resemble the tents historically used by nomadic people in the Gulf region hosted Qatar’s 1-0 victory against Bahrain as the 16-team tournament got off to an exciting start.

The inauguration of Al Bayt was attended by the Amir of Qatar, His Highness Sheikh Tamim Bin Hamad Al Thani, who officially announced the start of the tournament.

The 40,000-capacity venue, made primarily from shipping containers, staged the United Arab Emirates’ 2-1 victory against Syria.

Stadium 974 is the first fully demountable stadium in FIFA World Cup history and was named after the number of shipping containers used in its development and Qatar’s international dialling code.

What demountable means is that the venue can be dismantled and taken down after the event.

The FIFA Arab Cup opening ceremony was held prior to the match at Al Bayt – which means ‘the home’ in English – and included performances by Rahma Riad, Abdulaziz Louis and Cheb Khaled.

The crowd also enjoyed a national anthem medley of all 23 countries involved in the tournament and qualifying, along with stunning choreography and a mesmerising pyrotechnics display.

H.E. Hassan Al Thawadi, Secretary General of the Supreme Committee for Delivery & Legacy (SC), said: “The FIFA Arab Cup is off to a flying start with four exciting matches and the inauguration of two stadiums that will be used during next year’s FIFA World Cup.

“We are incredibly proud of both venues.

“Al Bayt pays tribute to Qatari and Arab culture, while Stadium 974 is a beacon of innovation and sustainability.

We are sure fans from all over the world will enjoy visiting these state-of-the-art venues during both the Arab Cup and next year’s World Cup.”

“It is a symbol for what the World Cup represents.

“The Arab Cup represents today what the World Cup will represent next year of people coming together, of people being united from all over the world.

“So, to have games in such a beautiful stadium, in such a symbolic stadium, is something that we have to cherish and that will be crucial for the success of the World Cup.”

Located in the northern city of Al Khor, Al Bayt will host nine matches during next year’s FIFA World Cup, including the tournament opener on 21 November.

During the FIFA Arab Cup, Al Bayt will host five matches, including the final on 18 December.

The stadium boasts stunning views of the West Bay skyline and will host seven matches up to the round of 16 stage during Qatar 2022 and will host six matches during the FIFA Arab Cup, including the third-place play-off.

All eight of Qatar’s FIFA World Cup 2022 stadiums have now been completed.

Apart from Al Bayt and Stadium 974, four other venues are being utilised for the FIFA Arab Cup.

The inaugurations of both Al Bayt and Stadium 974 mean that only Lusail Stadium – the venue for next year’s FIFA World Cup final – is left to be unveiled.