Visually impaired, but he wanted to show his support for the Lions at the National Stadium. 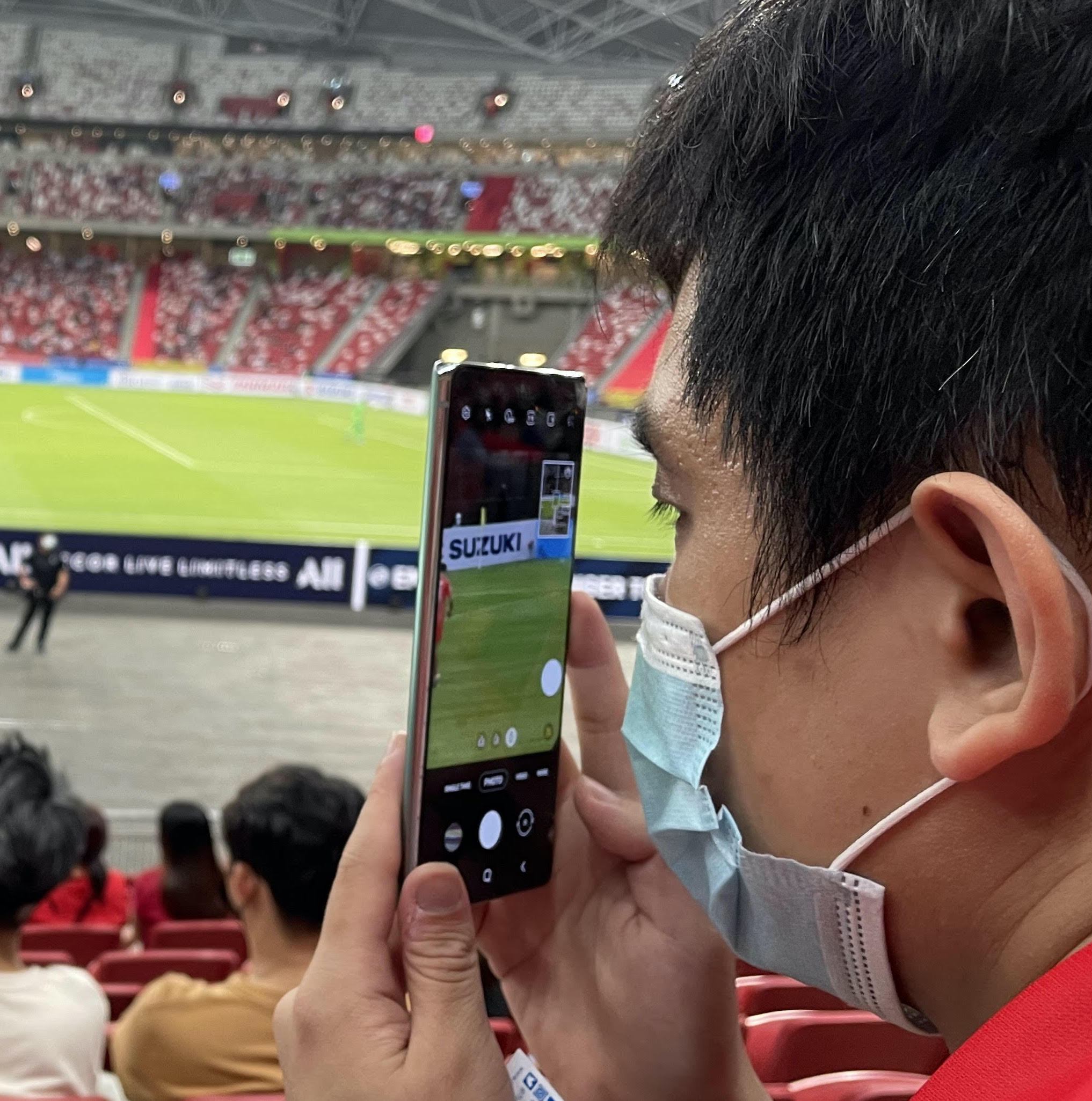 He gets on his feet when a goal is scored, and cheers in unison with the rest of the crowd in celebration.

Only difference is he is unable to see what is happening on the field of play because of a medical condition which he was born with.

When watching the television, he has to sit inches away from the set just so he can have a glimpse of what was going on in front of him.

On 8 December, thanks to global marketing agency Sportfive, the promoters of the Asean Football Federation Suzuki Cup 2020, Lim got the opportunity to watch the Lions the all three points against the Philippines.

He followed the action on the pitch while looking at the action through his mobile phone camera, zoomed all the way in.

“I am lucky to get this chance to be quite close to the field,” he said, sitting in Row M in Sector 140.

“The Singapore goals were scored in front of us,” he said.

Lim has been a fervent Lions supporter.

In 2012, he was given VIP treatment and was allowed into the LionsXII dressing room ahead of a Malaysian Super League match against Johor FA.

Both he and his brother were able to get their photos taken with the team, which included a younger Hariss Harun.

“He is my favourite player and I hope Singapore wins the Suzuki Cup” quipped the administration executive, as he trotted out of the venue after the match.