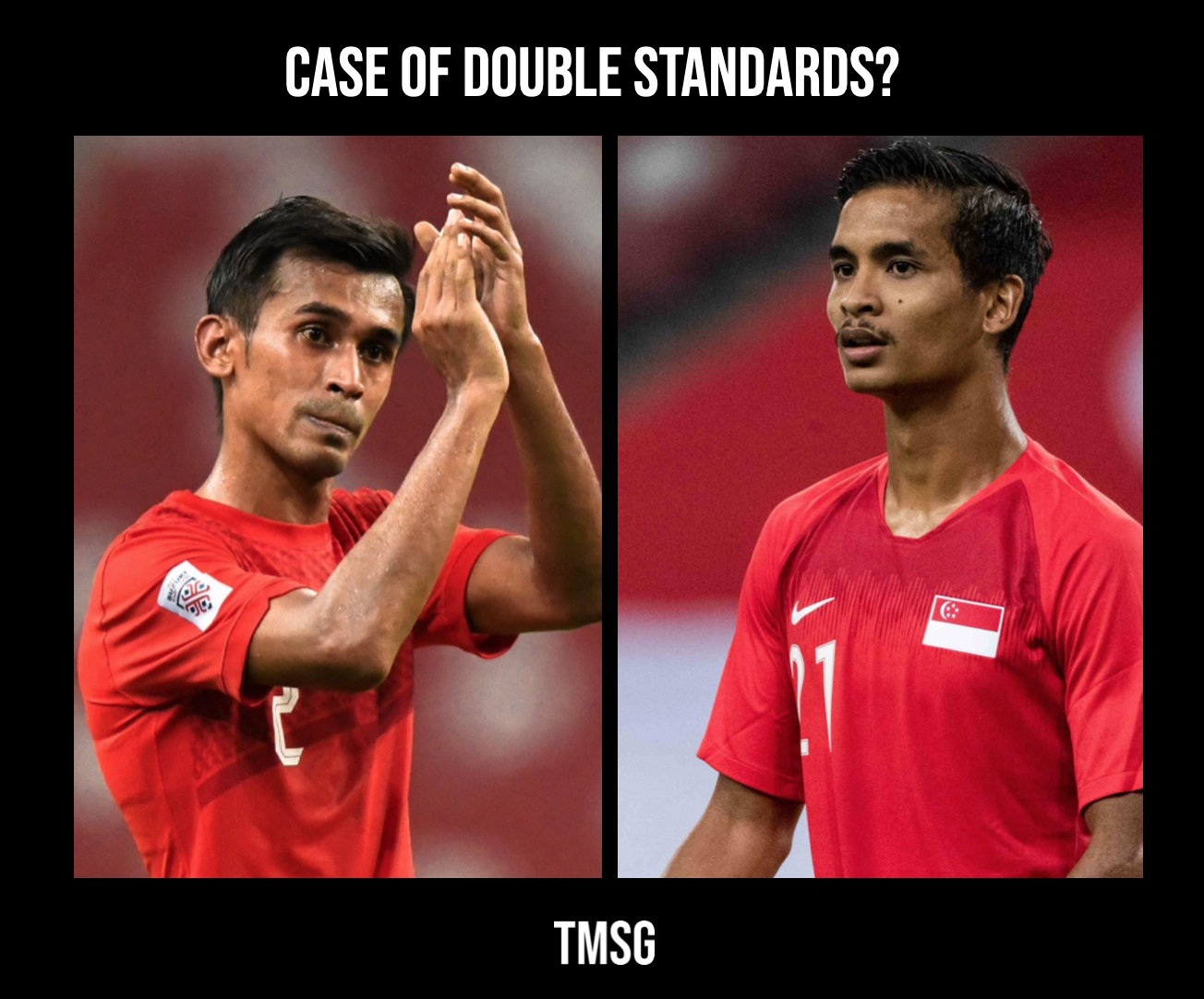 A year ago, Shakir Hamzah had to leave the Lions national camp in Riyadh urgently to sort out his personal family matters in the midst of the 2022 World Cup qualifiers.

Instead of receiving sympathy, he was dealt with a stinging rebuke from then-national coach Tatsuma Yoshida.

In a statement on 13 June, the Football Association of Singapore (FAS) asked for Lions defender Safuwan Baharudin’s privacy to be respected as he returned home from Bishkek in the Kyrgyz Republic, with one more match against Myanmar to play in the ongoing 2023 Asian Cup qualifiers.

The final match is inconsequential for the Lions as they have no chance of making the Asian Cup final after two defeats.

“Some things in life are more important than football and Safuwan has my full support in his decision to return home,” Nishigaya said in the statement published on the FAS website.

“I wish to make it clear that even as he was dealing with this matter, Safuwan has remained exemplary in his conduct and displayed complete professionalism during this international window.”

Compare this to the statement which was issued just a year ago as the Lions were completing their World Cup qualifiers in Riyadh, also after the team had been soundly beaten by Palestine and Uzbekistan, and had one more match against Saudi Arabia before completing the set of fixtures.

Then-national team Coach Tatsuma Yoshida had said, “I am extremely disappointed that Shakir has made this decision during a time when everyone else in the team is pulling together as one for this Friday’s match.

“It is an unnecessary distraction that we will have to set aside and deal with once we have returned to Singapore.”

Shakir later explained that he needed to be back home for practical and legal reasons.

“Unfortunately, my wife couldn’t represent me for legal matters and some others,” he said.

“Moving from one country to another is not an easy task, especially when you’ve been abroad for a few years.

While it is not known what exactly are the circumstances behind Safuwan’s return to Singapore on an urgent basis, a football official who spoke to TMSG on condition of anonymity said that it was a case of double standards.

“Shakir also had to return back to Malaysia because it was an urgent family matter,” said the official.

“Isn’t this a case of double standards in how players are treated?”

“This is wrong because the FAS labelled Shakir as a bad boy for wanting to return to settle his family matters and that has stuck, but it is ok for other players to leave and their actions are respected.”

Have a story for us? Drop us an email at hello@tmsg.sg