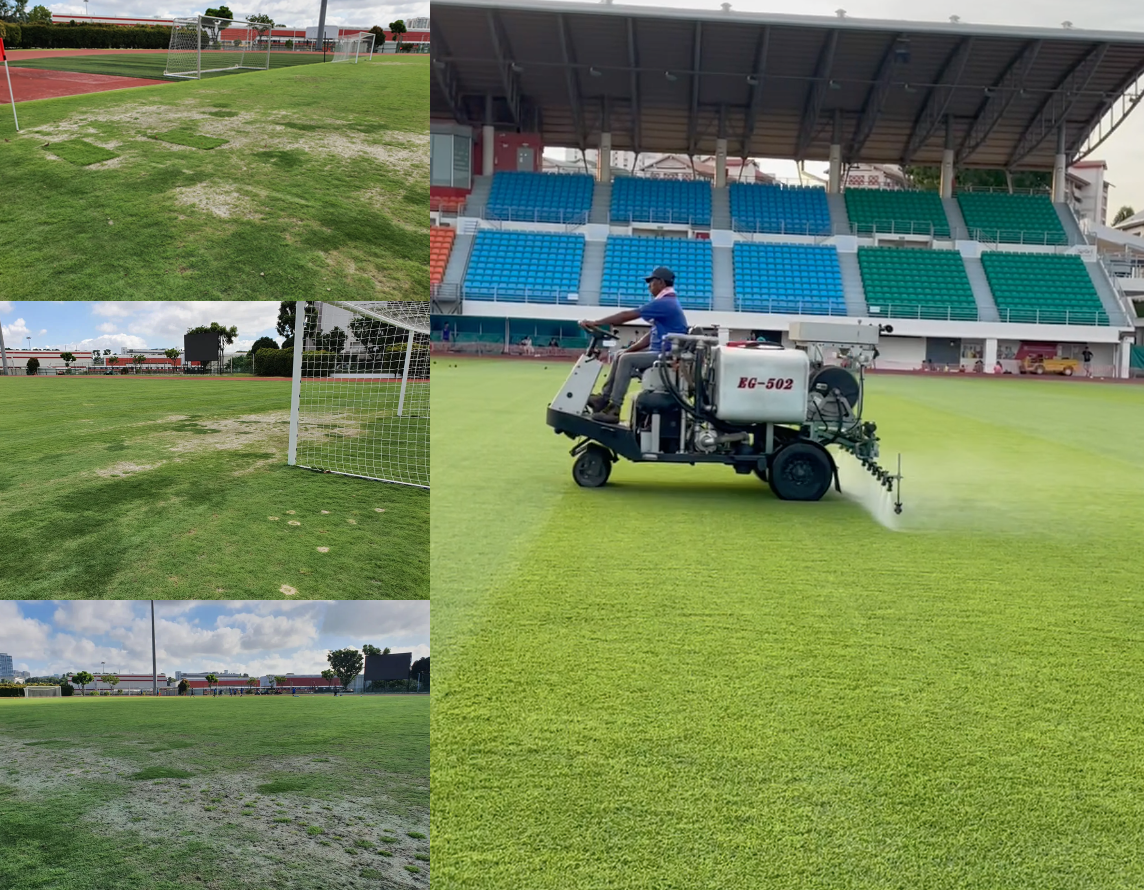 The Lion City Sailors have confirmed that they are looking forward to returning to Bishan Stadium ahead of the upcoming Singapore Premier League (SPL) season.

In a response to queries by TMSG, the Sailors said that it hopes to “welcome our squad back to pre-season training ahead of the next Singapore Premier League season” when asked if the players will be allowed to test the re-turfed pitch at Bishan Stadium.

“We are delighted that there has been progress made on the re-turfing works on the Bishan Stadium pitch, and we are looking forward to returning home when it is ready for the team, and for us to welcome our fans again,” added the spokesperson.

The Sailors, and Home United before them, had been utilising Bishan Stadium as their home ground since 1998.

Following the conclusion of the 2020 SPL season, the Bishan Stadium pitch was closed for play as it underwent a revamp of the playing turf.

With the pitch laying completed towards the end of 2021, the venue was then used for the Suzuki Cup Group B matches involving Malaysia, Vietnam, Indonesia, Laos and Cambodia during the 2020 Suzuki Cup (now renamed Mitsubishi Electric Cup) which was held in Singapore.

However, following the tournament, the pitch was declared as unplayable even though the turf had been freshly laid.

The Sailors, who were 2021 SPL champions, were then asked to continue to utilise Jalan Besar Stadium as their home ground for the 2022 season again as the pitch was once again unearthed and re-turfed.

However, TMSG has since reported how the Sailors could be back in Bishan Stadium in 2023, as turfing works appear almost completed.

“We have provided regular feedback, and have had discussions on the matter (with Sport Singapore), especially in the months before we moved all club operations into our new training centre at Mattar Road,” added the Sailors spokesman.

The Sailors, who ended the season as runners-up to Albirex Niigata, will also be representing Singapore at the Asian Football Confederation club competition in 2023.

“We’re looking forward to being able to play and train regularly on the softer, more forgiving surface that a grass pitch provides.

“We’re delighted for a move that will aid our efforts, and also go some way in professionalising the sport here,” the spokesman added.