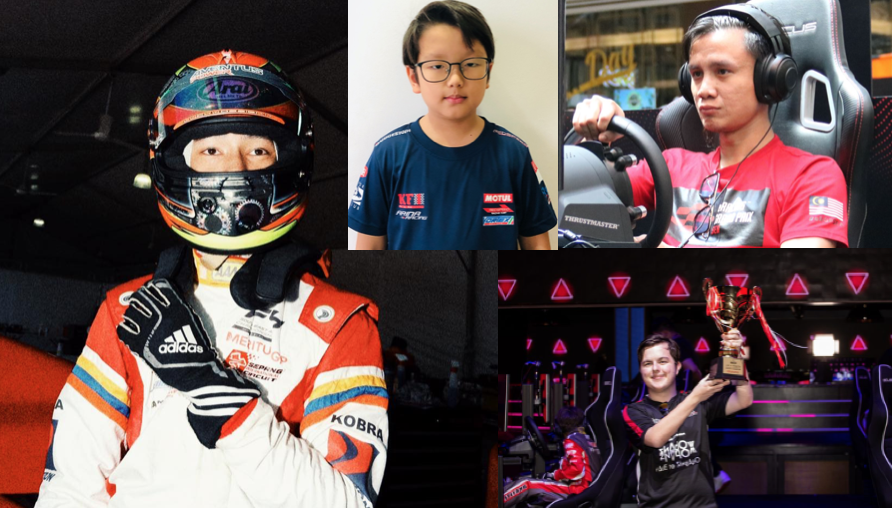 The Legion of Racers (LOR) have confirmed 75 simracers from eight different countries for the 2020 LOR Online League season which will flag off on 12 June.

Among the star simracers who have signed up include Australian Josh Purwien, Hong Kong simracer Jonathan Wong and Malaysian Mior Hafiz, who are among 22 pro simracers who will start on the grid. Also on the grid will be real-life racers Amer Harris (Malaysia), Yeo Hong Yang (Singapore) and Jarut Jonviset (Thailand).

Apart from the pro simracers, a total of 53 amateurs have signed up for the season, with the youngest being 11-year-old Singaporean junior simracer Regis Tay.

“This is the highest number of participants we have had since the Legion of Racers Online League season began in 2018. We are excited that the programme continues to grow at such an exponential rate and with more competing countries,” said Lim Keong Wee, co-founder of LOR.

The number of simracers signed up for the 2020 season is double the sign-ups compared to 2019. One of the reasons for this is the creation of the amateur categories for simracers so that they will compete with other simracers of similar capabilities.

The new season will also see winners from the two categories be eligible to win cash and product prizes worth more than $12,000 in total. This is more than double of the value of prizes which were presented from last season.

“Thanks to our partners and the higher number of sign-ups, we have been able to increase the prize pool for both the pro and am categories. We will continue to look at ways to increase the value of the prizes for all our winners, to keep making the LOR Online League season more lucrative as we grow,” added Melvin Moh, LOR co-founder.

Australian Purwien, one of the star names to sign up for the season, said “I am really excited to participate in the 2020 LOR Online League season. Gran Turismo is a very fun game that I have never competed in professionally so I am interested to see how I compare to some of the world’s best. I am looking forward to Round 1 on 12 June.”

Purwien took the winners podium at the McLaren Shadow Race to Singapore 2019 competition and was also the youngest ever finalist at the subsequent McLaren Shadow Grand Finals, where he finished in fifth position. He also ended in third spot at the eRacing Grand Prix Southeast Asia Global Edition recently.

Aside from Purwien who is from Australia, the other pro racers who will line up on the grid include simracers from Singapore, Portugal, Indonesia, Philippines, Thailand, Malaysia, Hong Kong and Macau.

The LOR’s Online Season 2020 championships which will rev up from 12 June onwards and simracing enthusiasts who are keen to find out more can visit the LOR official website at www.legionofracers.com/loronlineleague2020 or follow Legion of Racers on their Facebook@LegionOfRacers for updates and more details.