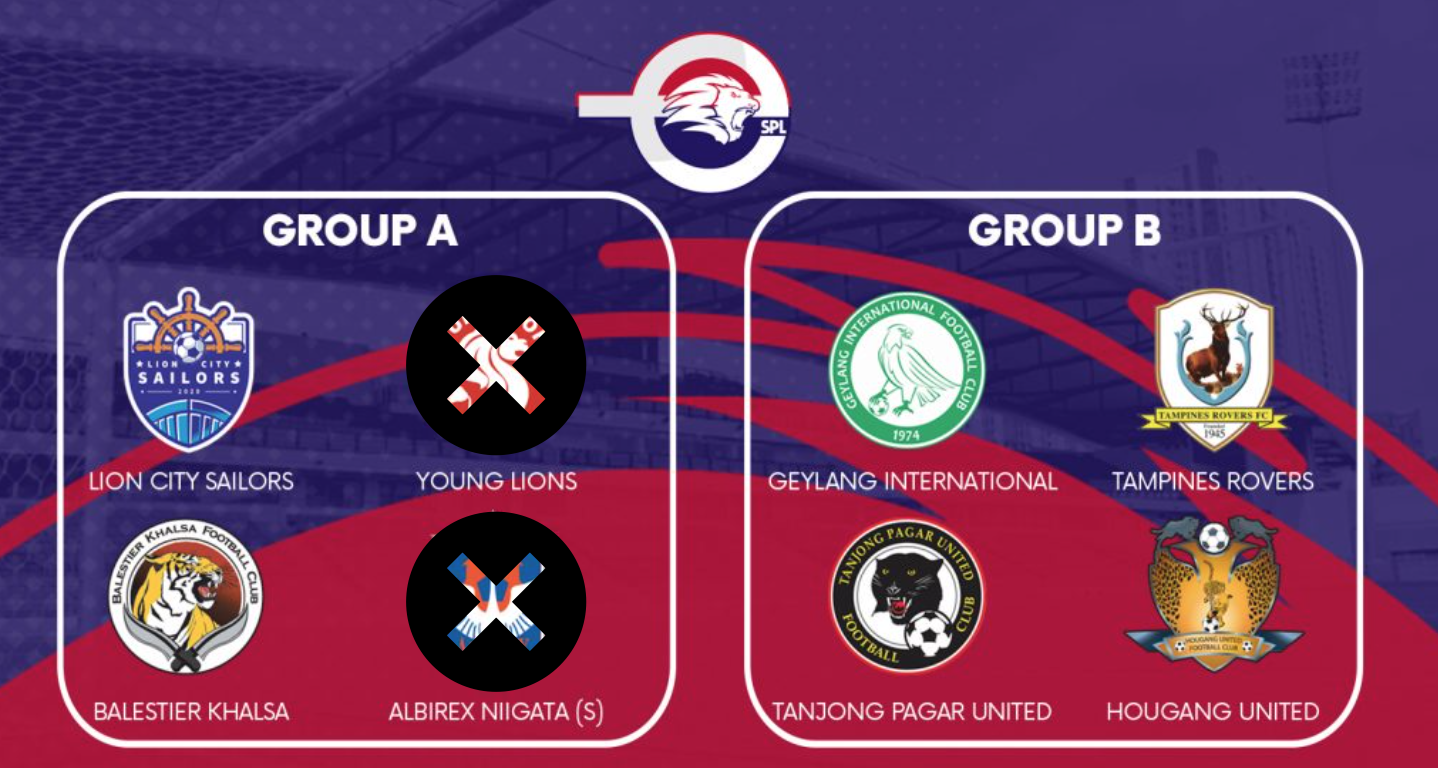 If you were a Singaporean footballer and played in the first 11 of one of the six local teams in the Singapore Premier League (SPL), not including the development Young Lions side, you would have had a 56% chance of being called up to the national team, if the national coach was only going to look at players who start in the first eleven in SPL matches.

In most (if not all other leagues in the world), the first 11 would represent the best among the squad, but not in Singapore, unfortunately.

Based on the latest round of matches in the Singapore Premier League, there were 46 Singaporean players who took to the field among the six local clubs – Balestier Khalsa, Geylang International, Hougang United, Lion City Sailors, Tampines Rovers and Tanjong Pagar United.

And with the national coach calling up 26 players for the current World Cup qualifiers, that meant that a player had more than a one in two chance of being called up.

The lack of talent for the national team is attributed to one main factor – lack of playing opportunities in the Singapore Premier League.

Not counting the Young Lions and Albirex Niigata, there are only six other teams in competition for the coach to pick from.

So what’s happened to the desire to increase the number of teams in the local league?

In 2017, during the heat of the elections for office-bearers for the Football Association of Singapore (FAS), current Vice-President S Thavaneson said, “The S.League should be expanded to have a larger number of local teams.

“We started with eight, now we’re down to six.

“We want to get to 10 local teams and together with two foreign teams, have a 12-team league.“

Well, that has obviously not happened, with the number of local teams still at six, four years on, two less than the eight local teams the S-League started with in 1996.

To increase the number of talents available on display, there was also a discussion on promotion and relegation, which has not been implemented, which is a discussion for another day.

Lack of playing opportunities aside, the implementation of the U23 ruling in the SPL which forces teams to field U23 players just on account of their age, has not been helpful and is detrimental.

For this season, local clubs are allowed to register and play a maximum of four imported players with no age restrictions, with one having to be an Asian or Australian.

Hence, if clubs maximise this option, it will mean that only four places in each team’s starting line-up are for local players over the age of 23.

Former Lion City Sailors coach Aurelio Vidmar was one who said that the ruling was “a big mistake“.

He said, “There are limited positions now for the overage local players and in my view, that is a big mistake in terms of not allowing the local players to develop for the national team.”

His views were also shared by national skipper Hariss Harun, who was spot on with his comments in March.

He said, “If you are going to be playing for the national team, then you need regular playing time.

“For these guys who are only going to be playing 45 minutes or so every week, it is going to be detrimental for them and the national team.

“At the top level, be it in national team or AFC competitions, you need minutes in your legs, you need confidence and rhythm which come from playing in matches and 45 minutes is not enough.

“With these rules, we are already putting the teams in a disadvantage even before the whistle is blown for kick-off.”

In the match against Palestine, none of the U23 players who started among the six clubs were in the starting 11.

With Shakir Hamzah and Hariss Harun returning to the SPL after stints in Malaysia, playing time for fringe players will further be reduced.

The FAS should explain why they started this rule in the first place, and whether there was any hidden hand which forced it to implement this rule.

With lack of talent available in Singapore, one solution for the national team selectors would be to have foreign players with either Singaporean parents or grandparents who are playing overseas to be called up to the national team.

Malaysia recently called up Dion Cools, a 23-year-old who was born in Malaysia to a Malaysian father and a Belgian mother, who had played for the Belgium U-19 and U-22.

Cardiff City’s Perry Ng (photo below), 24, Sunderland’s Luke O’Nien, 26, are both eligible under Fifa rules to play for the Lions via their Singapore-born grandfathers but British passport holders cannot turn out for the Lions unless they obtain a Singaporean passport.

Ng had said in 2016 that he was open to the idea of playing for Singapore, but in 2018 concluded that “if I take up Singaporean citizenship, I’d need a work permit to play in England and that’ll make things complicated.”

“As much as I’d love to represent Singapore, my priority has to be my career here,” he told the New Paper.

In addition, Wolverhampton Wanderers’ Under-18 defender Harry Birtwistle, 17, and AC Milan’s goalkeeper Andreas Jungdal (picture below) are both listed as being born in Singapore which render them eligible to play in a Lions jersey.

However, Singaporean citizens are not allowed to hold dual nationality as in the case of Ng, which only means that many of these players of the diaspora will not be willing to take up this invitation to play for the Lions if they have to give up their current passports.

And the result? One huge football flustercuck for Singapore football.