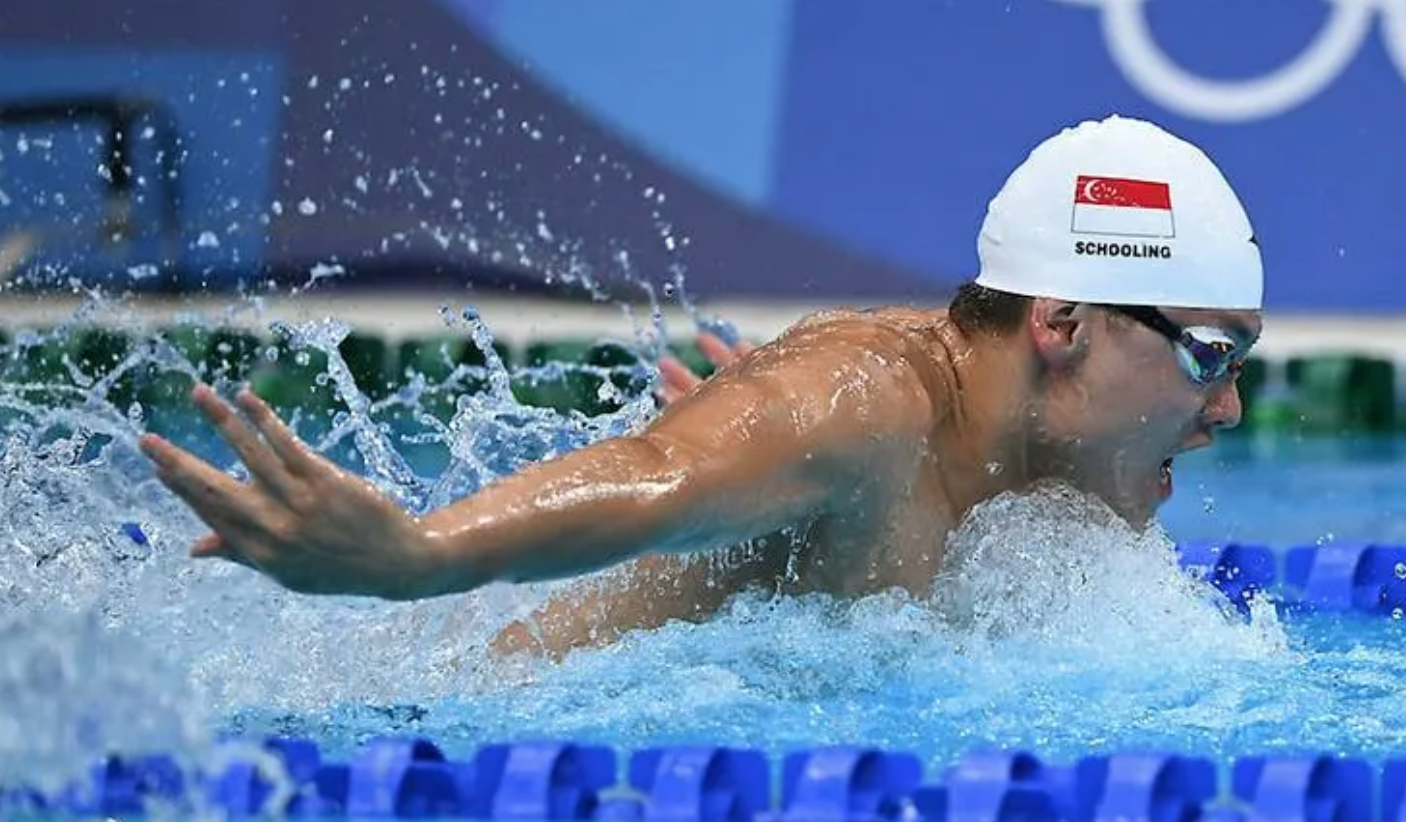 It was exactly a week ago that we suggested that Singapore’s darling of the swimming pool Joseph Schooling may not be on the podium in Tokyo.

And on 29 July, while attempting to defend his 100m butterfly and gold medal which he won in 2016, Schooling crashed out of his pet event at the Tokyo Aquatic Centre.

Coming up on Lane 8 in heats number 5, Singapore’s swimming phenom touched the finishing pad in 53.12s, almost three seconds slower than the 50.39s he clocked en route to the gold medal just five years back in Rio.

What was painful was watching Schooling, the Olympic record holder in the 100m butterfly, finishing his race in the heats in last spot.

Speaking to CNA after the race, he said, “It’s hard to swallow, it’s hard to digest, but at the same time … you live to fight another day.

“And I sure as hell don’t want to end it like this, it’s just one of those meets.”

What was even worse for Schooling was that fellow Singaporean swimmer Quah Zheng Wen clocked in faster at 52.39s, in an earlier heats.

Schooling finished in 44th place among 55 swimmers who took part in the heats.

Quah’s timing was a shade slower than his time at the 2016 Olympics, where he completed his heats in 52.08s.

Both Schooling and Quah qualified for the last 16 in Rio in the same event, something which both have not been able to replicate after five years, and with deferments from National Service which was meant to help them keep up their training regime.

The question on everyone’s lips for now is whether Schooling, Singapore’s only gold medallist at the Olympics so far, will call time on his swimming career after this debacle.

In his own words, he said that “you’re only as good as your last meet.”

But he believes that there could be more fuel in his tank, when he said, “It’s a very disappointing performance overall.

“But there’s always another one, I’m just not going to end it like that.”

His next big events could be the next Southeast Asian Games or the Asian Games, which will take place in China next year.