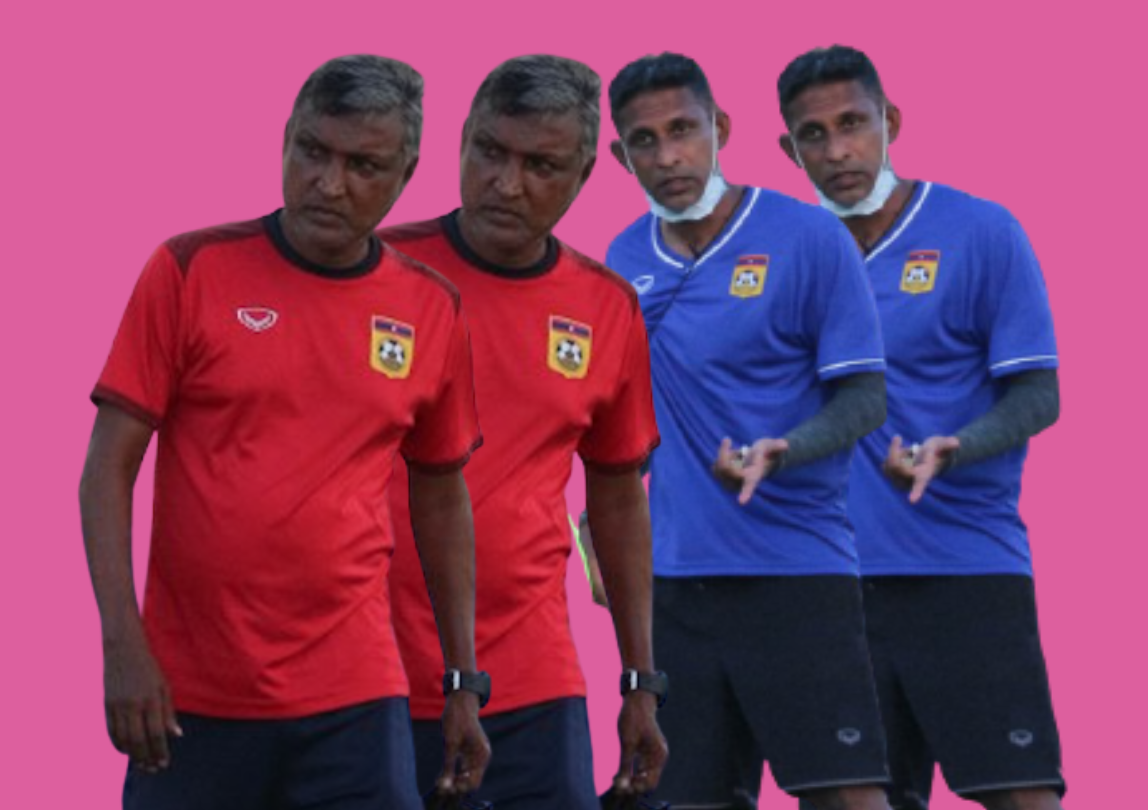 Singaporeans V Sundram Moorthy and V Selvaraj (no relation) have been assigned new roles within the Lao Football Federation (LFF).

Selvaraj is now the Laos national head coach while Sundram has been appointed as the country’s Technical Director.

Sundram’s appointment as Technical Director was confirmed by the LFF in a response via Facebook.

The admin of the LFF page went on to confirm that Sundram had been the technical director for a few months now, and that the Asian Football Confederation had been informed of the appointment.

During the recent Suzuki Cup draw, Selvaraj was quoted on the Asean Football Federation website as the national coach.

It was also posted on the federation’s Facebook page.

He said of his opponents in Group B, “It has always been a tough competition for us.

“History has shown, this time it’s not any different but Laos is up for the task and willing to take the challenge.

“I am happy with whatever that comes because it gives my players an opportunity to play with the best and put themselves up for the test.

“Without doubt Malaysia and Vietnam will be the focus but the others are not pushovers, so we have to be careful and with good preparations, we will be ready for any kind of challenge,” said the former Lions striker.

Apart from Malaysia and Vietnam, Laos will come up against Indonesia and Cambodia.

It was only recently in August that Selvaraj was appointed as the Laos U-23 head coach.

Laos’ new technical director is one of Singapore’s most iconic footballers of the 1980s and 1990s.

Sundram stepped down as Singapore’s head coach in April 2018 and took up the appointment as Laos national coach at the end of 2018.

Apart from Selvaraj and Sundram, the other Singaporean with a prominent overseas posting is Aidil Sharin, who is with Malaysia Super League side Kedah FA.