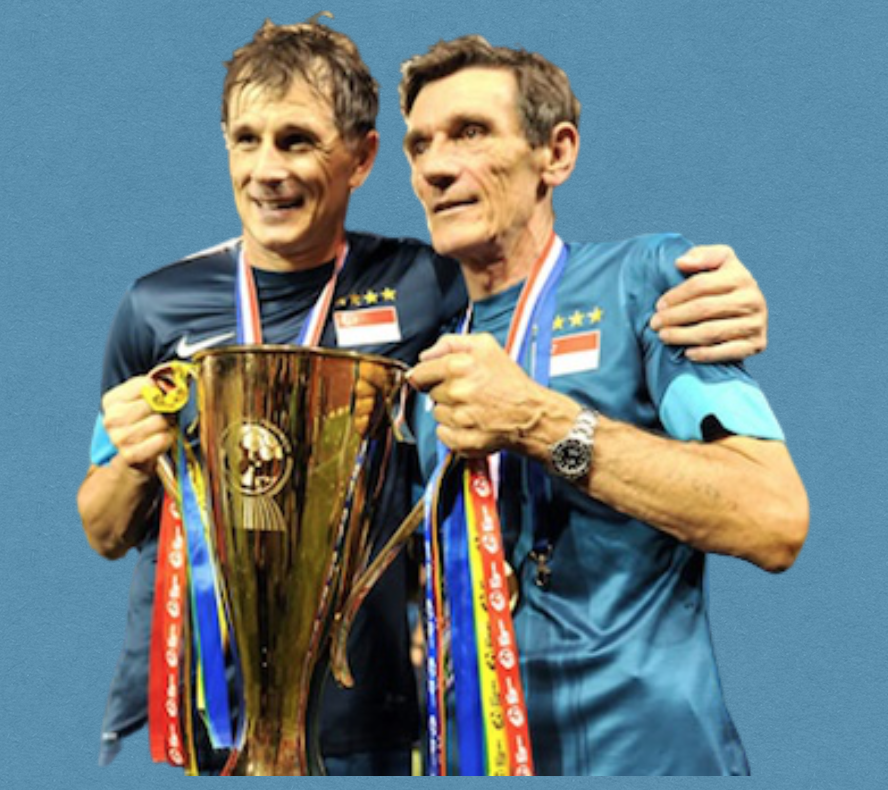 The man who gave Singapore and Singapore football among its best years in the 2000s still keeps the island close to his heart.

Former Singapore national football coach Radojko Avramovic has a message for Singapore football fans and the national team following the announcement that the Lion City will host the 2020 Suzuki Cup.

“Good luck.” he said in message to TMSG.

The Serbian, who led the Lions from 2003 to the end of 2012 is arguably Singapore’s most successful Lions coach, having led Singapore to three successful regional titles at the 2004 Tiger Cup, the 2007 Asean Football Federation Championship and the 2012 Suzuki Cup.

He also took the Lions to Round 3 of the 2010 World Cup qualifiers, the furthest the Lions have progressed at the World Cup, and was just one step away from making it to the finals.

He stepped down as the Lions head honcho after winning his third regional trophy in 2012.

“They (Singapore) should have a good team,” he said.

“Most players are in ex Home United club,” he said, an obvious reference to Lion City Sailors.

It is widely expected that the bulk of current national coach Tatsuma Yoshida’s squad will be extracted from the Lion City Sailors.

In September during the FIFA window, Yoshida’s list of 22 had 11 players from the Lion City Sailors including the likes of Hassan Sunny, Hariss Harun, Tajeli Salamat, Song Uiyoung and Saifullah Akbar, among others.

Avramovic reckons that the players from the Lion City Sailors will propel the Lions at the upcoming competition, given their familiarity towards each other, having trained and played together for most of the season.

“They have one year of playing together plus National team games,” said Avramovic.