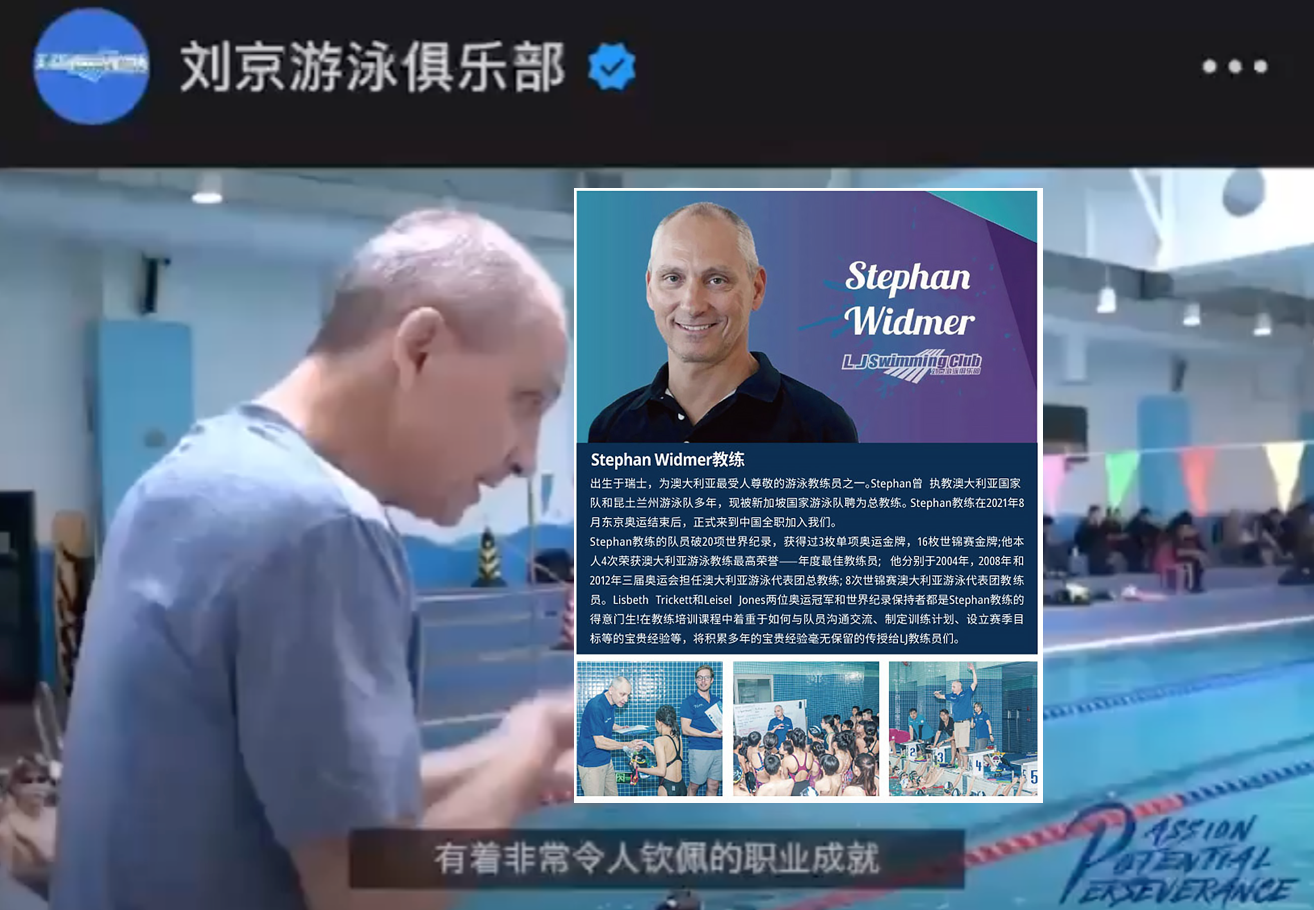 Finally, after some months of intrigue.

What’s even worse is that the video in which he shares how he is excited at the prospect of joining the Chinese club, was shot at the OCBC Aquatic Centre, home of Singapore Swimming.

The video also shows him providing pointers to coaches and swimmers.

It is not known when the video was shot, but Widmer’s name and image is already up on the LJ Swimming Club website.

It is understood that his contract is due to run out only at the end of 2021, so it is unclear why he has been listed as one of LJ Swimming Club’s foreign coaches.

This question, along with a few other queries, has been posed to the SSA.

In response to TMSG, the SSA said that “Stephan Widmer has clarified and apologised to SSA about the video.”

“SSA gave Stephan a leave of absence to help him to resolve his personal matters since July,” said Executive Director Edwin Ker.

“The SSA ensured that the preparations for the Olympics were not affected during this period.

“SSA and Stephan have mutually agreed to terminate his contract as of 17 October 2021.”

In 2020, Widmer had said that he was aiming to have at least five or six swimmers to meet the “A” qualifying marks, as well as have a relay team make the cut.

He failed on both counts.

For now, both Widmer and the SSA have some explaining to do.