Still in with a slim chance after 1-0 win over Cambodia. 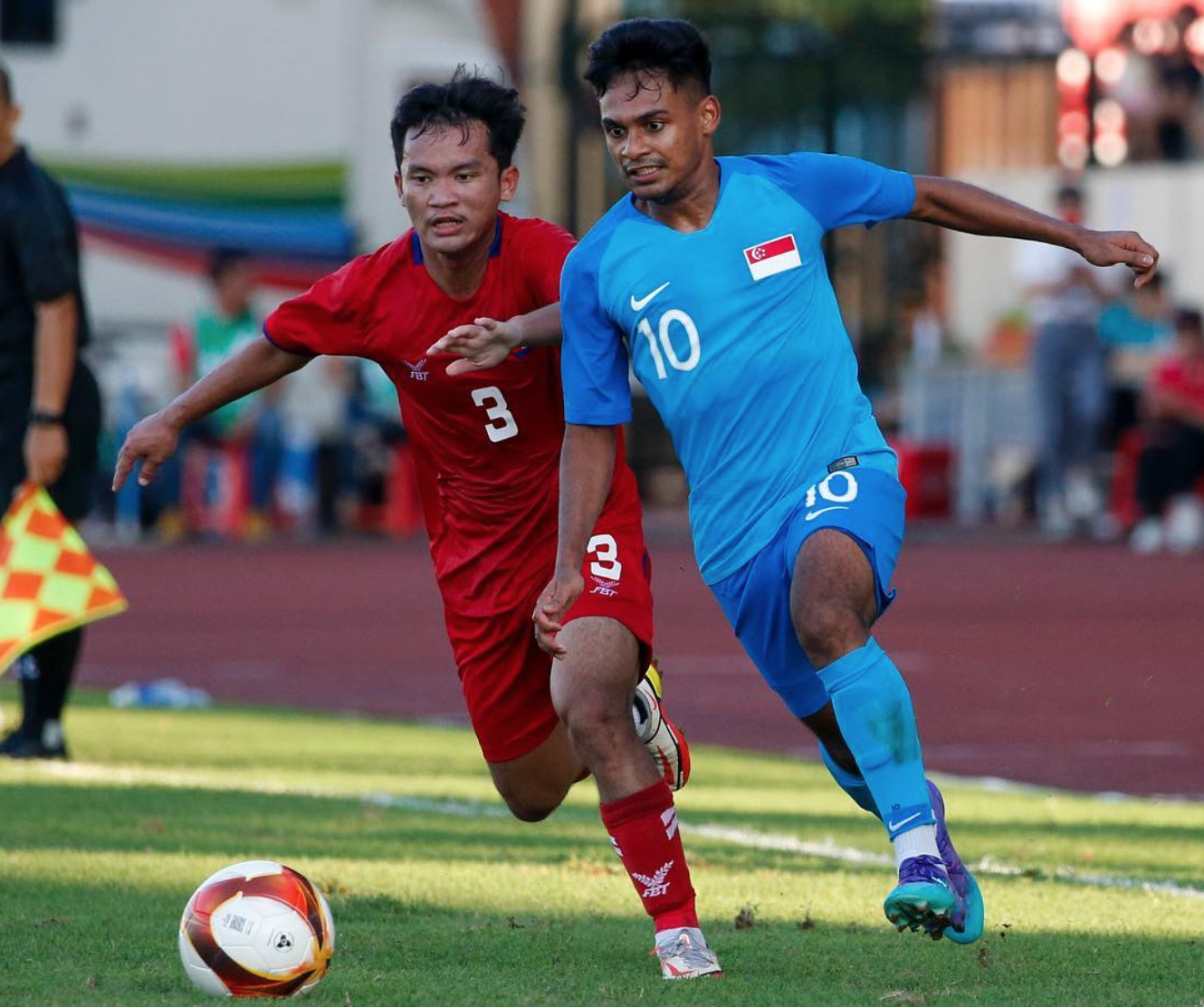 A 1-0 win over Cambodia has lifted Singapore’s Young Lions into second spot in Group B at the Southeast Asian Games in Vietnam.

Ahead of them in the standings is Malaysia who beat Laos 3-1 who won their second match on the trot.

The Young Tigers had seen off Thailand in an earlier group tie, and still have a match in hand over Singapore.

Nazri Nasir’s boys will next face Malaysia on 14 May, in a match which Singapore must win to harbour any hopes of making the final four.

On 11 May, Saifullah Akbar’s headed goal in the 36th minute was good enough for Singapore to earn its first win at the SEA Games football competition at the Thien Truong Stadium in Nam Dinh, after a 2-2 draw against Laos and a 5-0 thumping at the hands of the Thais, who still have played a game less.

Clad in light blue, the Young Lions were lucky to have walked off the pitch with all three points, given that they did not dominate the match, nor did they show enough bite in front of goal.

“The boys showed a lot of character today,” Nazri told the Straits Times.

“They showed they were hungry to get the result and focused for 90 minutes.

“I am proud of the players. It was a do-or-die game.

“This game we saw that the players were hungry.

“They knew what was at stake.

“The boys followed the instructions and when the chance came, they made it count.

The three points are very important for us.”

Rejoice they should, as the old adage goes that a win is a win.

But let’s not forget that it was Cambodia which the Young Lions faced.