National coach Tatsuma Yoshida is latest to speak up against U23 ruling in Singapore Premier League. 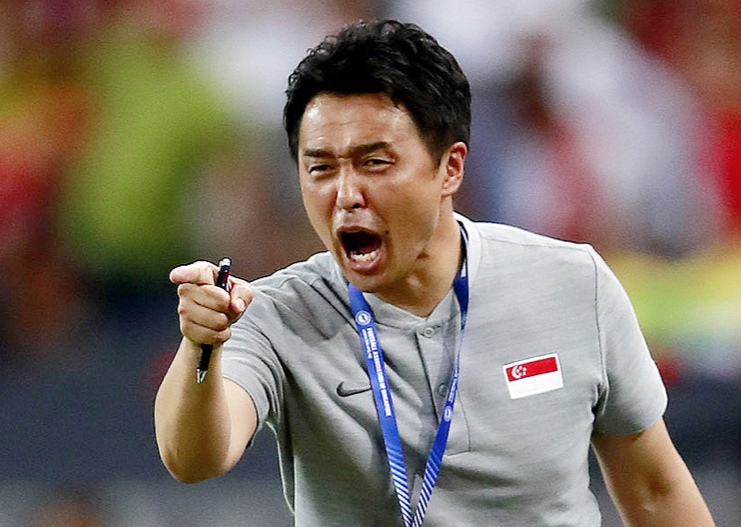 National football coach Tatsuma Yoshida does not appear to be a fan of the AIA Singapore Premier League U23 rules for players after watching how his charges were outplayed and outclassed during the recent World Cup qualifiers in Riyadh.

In quotes provided to the Straits Times in a story published on 18 June, the Japanese said that players should be fielded on merit.

“If they want to achieve and play at a high level, they have to get their position on their own and not because of the rule.

(There is) no meaning if someone gives them a position.

The U23 rule was implemented in 2018, forcing all local clubs to field three players under the age of 23 in the starting line-up.

With another four foreign players allowed in the line-up, that would only leave four other slots for players.

And with only six local clubs – not counting Young Lions and Albirex Niigata – that would leave only 24 other slots left in the entire league for other local players to play.

As such, national players like Hafiz Nor, Hafiz Abu Sujad, Faris Ramli have not had enough playing time on the pitch during the AIA Singapore Premier League competition.

Lion City Sailors’ Hafiz has only had 61 minutes of playing time this year out of a possible 990.

Winger Faris Ramli only started once for the Lion City Sailors in March while Nazrul Nazari has only made the starting 11 on three occasions with Hafiz Abu Sujad only beginning in four.

“Yes, it is an issue that they didn’t get (much) playing opportunities,” Yoshida said.

“They have talent and ability but they cannot play. They have to play for their clubs.”

Yoshida is not the first person to speak up against the detrimental and discriminatory rule.

Vidmar had said in March that as a consequence of increasing the foreign player quota from three to four, the Football Association of Singapore should have “decreased the U-23 ruling from having to start three players to two players” as national players “will get fewer minutes and that’s not good at all.”

Others who have also raised the issue about the U23 ruling in the league include former national defender Faritz Hameed (photo below), former national youth player R Aaravin who had to retire at 24 because of the rule and football pundit Dez Corkhill, and so have Shasi Kumar and Rhys Roshan Rai, both former players who are now involved in football commentary.

In response to the Straits Times story, the FAS provided same templated run of the mill answers through an unnamed spokesman who said that the national football body had started a “thorough post-competition review” of the Lions’ World Cup campaign, which is “in line with our standard administrative processes” and that a review will include “the technical analysis of our team’s performance at the competition, as well as reports from key backroom officials, including the head coach” and that the “insights gained from this review will further assist the technical team with the preparations for the Lions’ upcoming matches.”